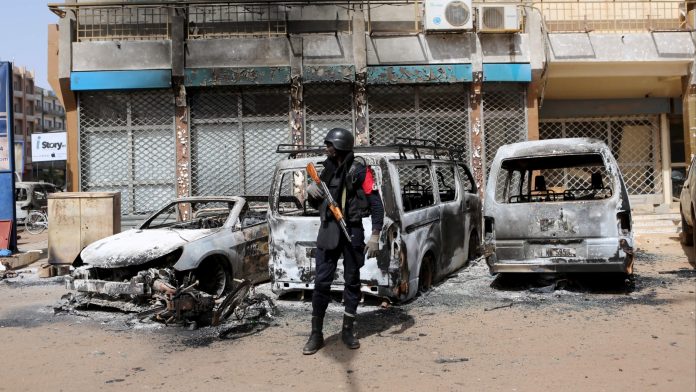 Terrorists in Burkina Faso attacked a cattle market and a humanitarian convoy, killing at least 35 people, the government said on Sunday.

Saturday’s violence underscores deep instability in parts of Burkina Faso, which has been battling armed groups with links to al Qaeda and Islamic State since 2017.

Twenty-five people were killed and more wounded in the attack on the market in the eastern village of Kompienga, while five civilians and five military police were killed near the northern village of Foube, the government said in a statement.

A further 20 people were wounded in the convoy attack, it said.

No group has claimed responsibility.

Hundreds have been killed in the past year in the Sahel nation, and moer than half a million people have fled their homes due to the violence, which has also fuelled ethnic and religious tensions.

The bloodshed follows the death of at least 15 people on Friday in an attack on a convoy transporting traders in northern Burkina Faso.