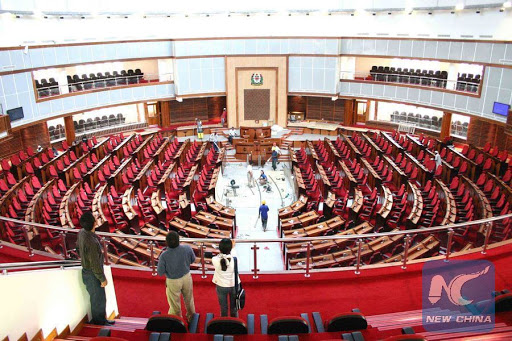 Out of 371 members of parliament, 304 endorsed the budget tabled in the House by the Minister for Finance and Planning Philip Mpango, and 63 MPs rejected the budget while four votes were spoilt.

“The approval of the budget by majority MPs, including opposition MPs, was historic,” said parliament Speaker Job Ndugai in the capital Dodoma.

Adjourning the marathon parliamentary budget session that started on March 31, 2020, Prime Minister Kassim Majaliwa pledged that the government will complete implementation of all flagship projects that were launched after the 5th phase administration took office in November 2015.

Majaliwa mentioned some of the flagship projects as the expansion of ports and airports, the standard gauge railway and the Julius Nyerere hydropower project at the Rufiji basin. He added that the government will continue improving the investment environment.

The parliament will be dissolved on Tuesday, signaling the start of the electoral process toward the October 2020 general elections to elect councilors, MPs and the president.

On the COVID-19 pandemic, Majaliwa said as of Monday there are 66 active cases of the virus in the country. Tanzania reported its last COVID-19 update on April 29, 2020, with 509 confirmed cases and 21 deaths.