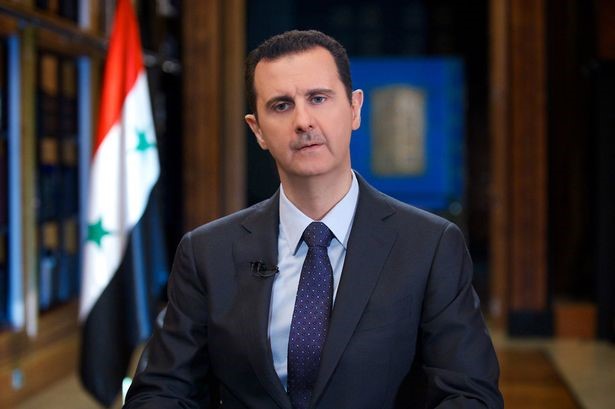 In the midst of one of the worst economic crises in the last decade, Syrian President Bashar Al Assad has dismissed Prime Minister Imad Khamis after four years.

The surprise move on Thursday came just a month before parliamentary elections in the war-torn country, reports Efe news.

In a statement, the presidency said the government would continue to work toward the parliamentary elections, which have been twice postponed due to the coronavirus pandemic and are now slated to take place on July 19.

Assad, who next month will mark 20 years since coming to power following the death of his father Hafez, is currently having to juggle one of the harshest economic crises to hit Syria, a country that has been devastated by nine years of war.

The Syrian pound had dropped sharply, according to non-government sources, while inflation has soared to 50 per cent, aggravated by the economic crisis in neighbouring Lebanon, a refuge for many Syrians and businesses during the conflict.

According to the latest figures from the central bank in Damascus, one dollar can buy 705 Syrian pounds, but unofficial exchange rates are selling 3,000 Syrian pounds to the dollar.

The now-fired Khamis acknowledged on June 7 that the Syrian pound had been “affected” by the toughening up of foreign sanctions and the situation in neighbouring countries.

He said the government had been working to control the exchange rate.

That same day around 200 people came out to protest against Assad in the southern city of Suweida, where the majority of the population are Druze.

Such displays of open protests against the regime have been rare in government-controlled areas of the country since the war erupted in 2011.

The Syrian Observatory for Human Rights, a UK-based war monitor, and the activist network Al Suwayda 24 shared footage of the protests online.

Participants were openly chanting slogans against Assad and the presence of Russian and Iranian military in the country.

Government-friendly media did not report on the gathering, but SANA, the state news agency, did cover “counter-protests” in the same city which, according to the outlet, were pro-Assad and against US sanctions.

The new government under Arnous will have to brace itself for a new round of US sanctions that will come into effect on 17 June in a bid to further isolate Assad and his close allies.

The sanctions will likely aggravate the economic crisis in Syria, where millions of people already do not have enough money to feed themselves on a daily basis, according to the International Committee of the Red Cross.

In the last two weeks alone, the price of bread has doubled in price.

The UN estimates that 83 per cent of Syrians live in poverty, earning less than $100 per month.