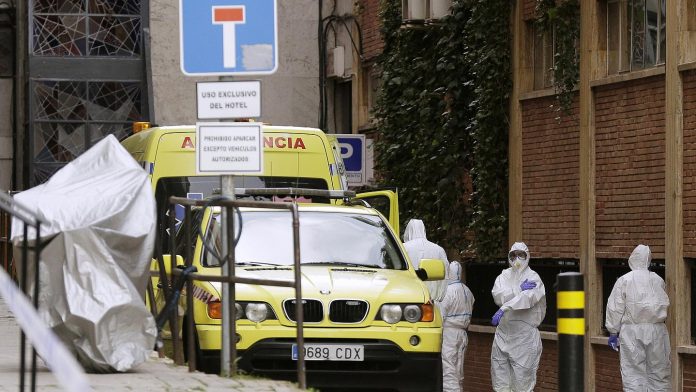 The death toll from COVID-19 has remained unchanged in Spain for nine consecutive days, the data published by the Spanish Ministry of Health showed on Tuesday.

So far, 27,136 people have lost their lives to COVID-19, according to the data, Xinhua reported.

Answering a question from Xinhua, the Ministry of Health admitted that there”s a delay in data updates as the country”s 17 Autonomous Communities were “refining their data and introducing that data into the system.”

But it said it has confidence that the “Communities will soon be able to introduce their data and we can bring the statistics up to date.”

Among the new cases, 56 were from Madrid and Catalonia, while none of Spain”s remaining Autonomous Communities reported more than three infections.

Meanwhile, the Basque region in the north of Spain and the neighbouring Autonomous Community of Cantabria on Tuesday both confirmed they would be ending the State of Alarm on June 19 — two days before the rest of the country.

The State of Alarm prohibits movement between Spain”s 17 different Autonomous Communities, with the aim of stopping the spread of the coronavirus.