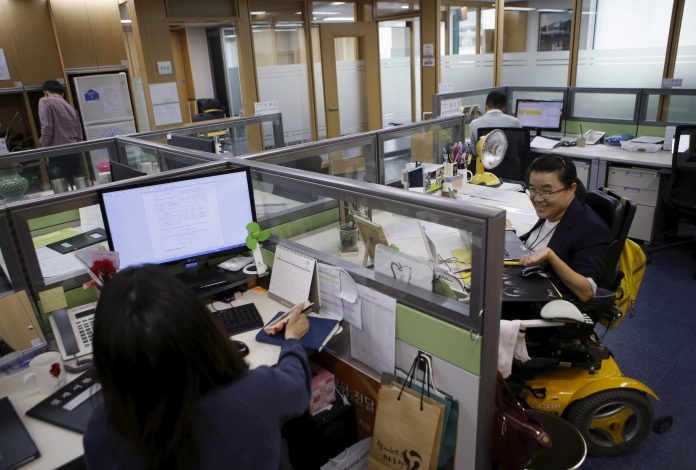 South Korea recorded an unemployment rate of 4.5 per cent in May – its worst since January 2010 – due to the effects of coronavirus pandemic on the economy, according to data published by the country”s statistics office on Wednesday.

The number of South Koreans employed fell to 26.93 million in May, which is 392,000 less than in the same month of the previous year and represents the third consecutive month of year-on-year decline, Efe news reported.

It is also the first time that Asia”s fourth-largest economy has recorded three straight year-on-year declines in its unemployment rate since October 2009, during the height of the global financial crisis.

However, the pace of job loss appears to have slowed after the loss of 467,000 jobs in April, the biggest monthly decline in 21 years.

Finance Minister Hong Nam-ki said that falling exports – among the top contributors to the country”s gross domestic product – have begun to affect employment in the manufacturing sector, although jobs in the wholesale and retail sectors are beginning to recover, according to South Korean news agency Yonhap.

South Korea has been among the countries that has been able to contain the spread of COVID-19 most efficiently despite not imposing a lockdown, which has allowed a large part of its economy to continue functioning.

Temporary workers in the country, estimated to be at around 7.48 million in 2019, have been worst hit by the pandemic.

The statistics office estimates that the number of temporary workers was reduced by approximately 501,000 in May.

Last week, the South Korean government presented a third extraordinary budget, valued at a record 35.3 trillion won (around $29.59 billion), to combat the blow dealt by COVID-19 and to cushion its impact on key industries.

Hong urged the National Assembly, the country”s parliament, to approve the budget as soon as possible.

The country has recorded 11,902 confirmed COVID-19 cases so far, with 276 deaths. A total of 10,611 people have recovered from the infectious disease.

South Korea completed its phased reopening of schools on Monday marking the return of some 5.95 million school students to their classes, more than three months after their academic session was set to begin in March.