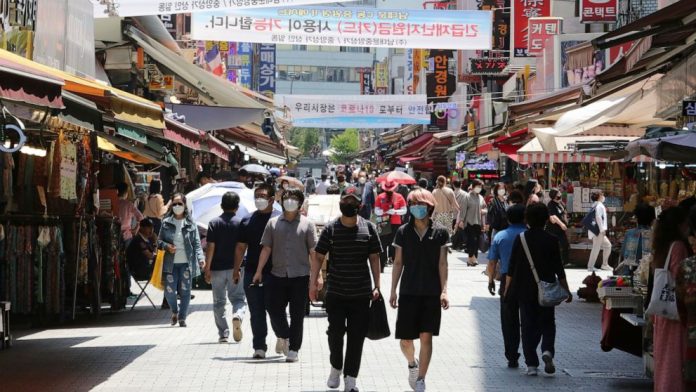 South Korea is on alert over another potential COVID-19 wave in the summer, as a significant downturn in the virus appears unlikely, a media report said on Friday.

The country”s COVID-19 cases have been on a steady rise this month, according to the Yonhap News Agency report.

The number of new infections reached 754 in the first 17 days of June, already surpassing 729 cases in total reported in May, according to the Korea Centers for Disease Control and Prevention (KCDC).

The country reported 38 more additional cases on June 9 when the season”s first heat wave advisory was issued in Seoul.

South Korea reported 49 new cases Friday, including 32 local infections, raising the total caseload to 12,306, according to the KCDC.

South Korea has successfully flattened the virus curve, but the country has been grappling with a continued increase in cluster infections in the greater Seoul area since it relaxed social distancing in early May.

A respiratory virus usually proliferates when the weather is cold and dry as its survival largely depends on changes in temperature and humidity. People are more susceptible to infection as the immune system weakens in the winter.

SARS, the virus that is genetically similar to COVID-19, showed this pattern. It emerged in mid-November in 2002 in China and was brought under control in July 2003.

Experts have said though hot weather may slow COVID-19 outbreaks, its spread may stretch into the summer given its transmission speed.

“Most people do not have immunity against the virus, so a second wave of mass infections could spring up at any time before fall comes,” we quoted Choi Won-suk, a professor of the Infectious Disease Division at Korea University Ansan Hospital, as saying.