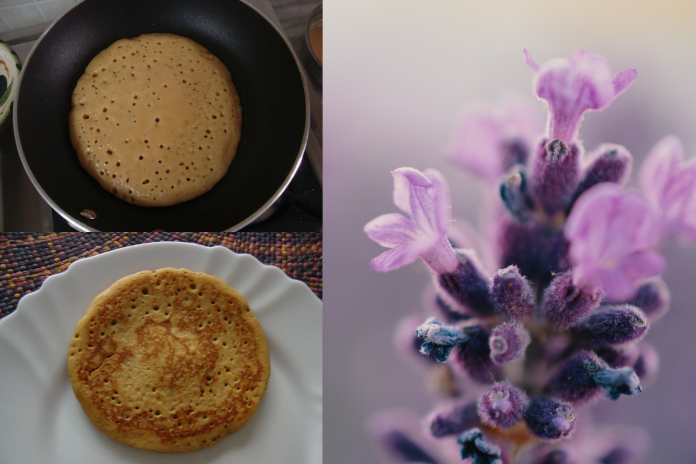 The Pancake That Stuck!

Two decades after independence, factory bread became popular in Delhi and small bakeries sprouted in many localities selling cakes, pastries, and cream rolls.  Most of these were poor imitations of the good stuff that you could get in Mussorie, Shimla, Manali and other such towns with a longer lasting impact of the white residents who had imparted these skills to the locals at some point in history – twenty years ago I had the best plum jam of my life in Manali.  Apart from these, growing up in 1970’s, my exposure to foreign food was mainly through books that we read.

Enid Blyton was our most favourite author for the window she opened to life in England particularly that of children our age.  School and public libraries were meticulously searched for their pile of Enid Blyton’s that were borrowed and shared with great planning and efficiency.  Notes were exchanged to ensure that each available book had been devoured.  And that kid whose status was seen perched on a high pedestal publicly, was the one who, by a turn of good luck, happened to own a copy or two!  English literature was both expensive and generally unavailable those days.  The Hindi magazines for kids like Champak, Chandamama, Nandan, Lotpot and many others were more accessible, but that is a story for another time.

The life of English kids through Enid Blyton’s books seemed like a lot of fun – investigations, life in boarding schools, holidays in the countryside, beach days, and picnics in the park.  Descriptions of food – food that we had never eaten – made me salivate.  Freshly baked buttery scones with a pot of clotted cream and fresh strawberry jam, cream cheese, fruit cake, cream filled eclairs, and the rest.  I could not wait to eat this stuff!!

What was not mentioned, though, were things like pancakes or pizzas.  Hence, these were not foods that as a child I cared for, I didn’t know about them in a way that created interest and longing.  The first time I had a pancake was at a high-end hotel on a work trip.  As I sauntered through the breakfast buffet, I looked at these small light brown pancakes and picked one to try.  I didn’t like it at all.  It was cold, slightly spongy, with no depth of flavor.  Later, on my other trips when I had limited choice at breakfast I would eat pancakes only to fill myself up, quickly gulping them down with tea and honey.

Fast forward to the beginning of this century and my first trip to the United States where an ex-colleague wanted to take me to a typical American eatery.  I found myself at an I-Hop outlet for a pancake breakfast.  I wanted to try different types but decided to start with the classic version.  The server insisted that I could not order less than THREE of any one – either three or five – I couldn’t hide my surprise.  That turned into disbelief when a large platter piled up high with THREE large, fat pancakes was put in front of me! During that trip, I tried hard but couldn’t bring myself to appreciate American popular food – just the size made me cringe.

A decade later, I had quit my full-time job, started to pick up some cooking skills, N had just turned five and we had been watching re-runs of Peppa Pig together.  We adored Peppa Pig – I still do and watch it on the sly when I am alone at home!  One particular episode had Papa pig trying his hand at making pancakes.  As he flips the pancake, it flies high and gets stuck to the ceiling of the kitchen.  Peppa pig and Georgie run to the room on top of the kitchen and start jumping on the floor.  The pancake falls squarely on the pan.  N and I couldn’t stop laughing through the whole thing every time we saw it.  This time, N suddenly asked me to make pancakes for her.  Another English production, over three decades later, had charmed another kid!

This put me in a little bit of a quandary, given my great love for pancakes that I described earlier.  I decided I wasn’t going to use the pre-mix and in those days I never had all purpose flour at home.  Google was at hand to help – I looked up a few recipes and decided to dare and go where I had never gone before with whole wheat roti flour, eggs, milk, brown sugar and baking powder! N didn’t care much about the absolutely delicious maple syrup that I had from the countryside in Canada, made and packaged in front of my eyes. She’s a butter person.  For the next five years N demanded pancakes for breakfast every single day.  After that I changed the rules to enforce some diversity.  They are still being made at least twice a week but she cooks them on her own now. They have truly stuck to this household!

Using this as the base, you can make many different types of pancakes adding banana –pureed or chopped- walnuts, chocolate chips, chopped strawberries, grated cheese or anything else that you fancy.