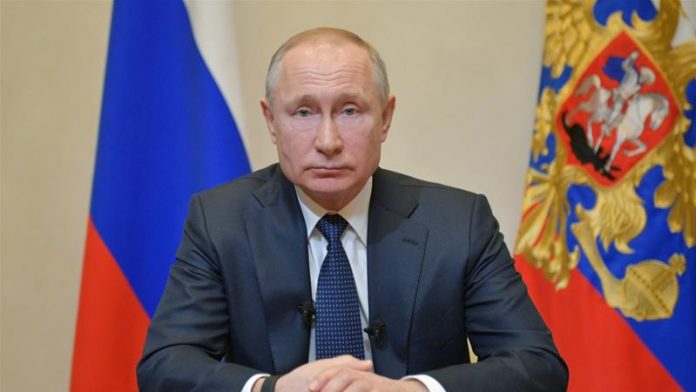 The policy unveiled on Tuesday specifies the situations that could lead Russia to retaliate for foreign nuclear attacks, Xinhua news agency quoted Peskov as saying at a daily briefing on Wednesday.

On Tuesday, Russian President Vladimir Putin signed a decree on the fundamentals of the country”s state policy of nuclear deterrence.

“The Russian Federation reserves the right to launch a nuclear strike either in response to a similar attack or in the event of a threat to the existence of the state,” the decree reads, stressing that the policy is defensive in nature.

The nuclear deterrence policy was published openly for the first time in the history of the Soviet Union and modern Russia, according to Victor Murakhovsky, editor-in-chief of the Russian magazine Arsenal of the Fatherland.

Russia chose to elaborate on its strategy to use nukes at a time when the New Strategic Arms Reduction Treaty (New START) is due to expire in February 2021 and the Intermediate-Range Nuclear Forces (INF) Treaty has already collapsed, Murakhovsky said.

At the same time, the US and its allies from the NATO are strengthening their military presence in Europe near Russia, he noted.

The uncertain fate of the New START and the termination of the INF Treaty pose a threat to global strategic stability, said Igor Korotchenko, editor-in-chief of the Russian magazine National Defense.

Russia”s nuclear deterrence policy has sent a signal to the US that red lines exist, and Russia shows the practical readiness to use nuclear weapons in response to crossing them, Korotchenko said.