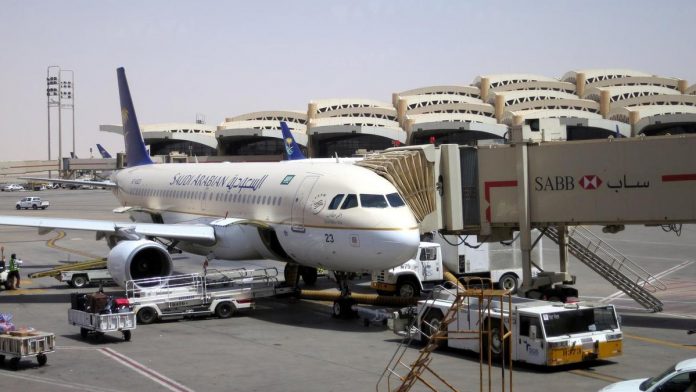 Yemen”s Houthi rebels on Tuesday claimed responsibility for drone attacks on a military airport in the Saudi Arabian border city of Khamis Mushait.

“The attack was carried out by five bomb-laden drones on Monday night, targeting the hangars of warplanes and arms depots in the Saudi airport,” the Houthi-run al-Masirah TV quoted the group”s military spokesman Yahya Sarea as saying.

“The target was accurately bombed,” he said, adding the operation came in retaliation for the coalition”s “military escalation, airstrikes and economic blockade.”

There was no comment yet from Saudi Arabia or the coalition on the Houthi claim.

The Saudi-led coalition launched a series of airstrikes on the Houthi-held capital Sanaa on Tuesday morning, according to the city”s residents.

Yemen has been mired in civil war since late 2014, when the Iran-backed Houthi rebels seized control of much of the country”s north and forced the Saudi-backed government of President Abd-Rabbu Mansour Hadi out of Sanaa.

The Saudi-led coalition intervened in the Yemeni conflict in early 2015 to support Hadi”s government.

The five-year-long war has killed tens of thousands of people, mostly civilians, displaced 3 million and pushed more than 20 million to the brink of starvation.