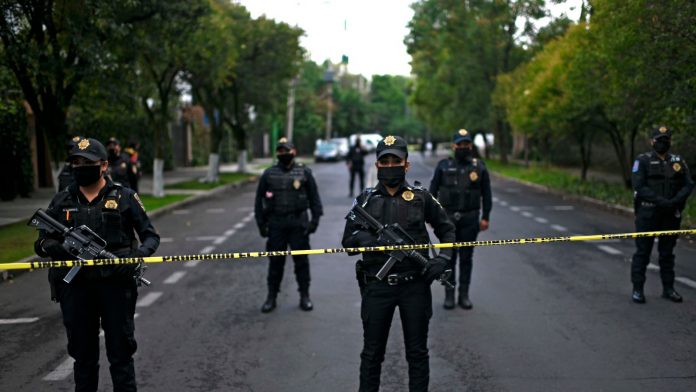 Mexican authorities have carried out a series of raids while investigating the attempted assassination of the capital city”s police chief, according to local media.

Two of his bodyguards and a female passer-by were killed in the attack believed to be linked to the Jalisco New Generation Cartel.

Police said cocaine was found during raids on three locations, the BBC quoted the El Universal newspaper as saying on Saturday.

More than a dozen arrests have been made since the attack, according to investigators.

The alleged mastermind of the plot, Jose Armando Briseno was detained on Friday night.

Meanwhile, Ulises Lara Lopez, a spokesman for the Mexico City prosecutor”s office, said the group of assassins was hired three weeks prior to the attack and was divided into four different cells to carry out the act.

They were given ski masks and weapons the night before the assault, he was quoted as saying by the BBC.

Friday”s attack came after the murder of a federal judge, Uriel Villegas Ortiz, and his wife earlier this month.

The Jalisco cartel, which formed in about 2010, has expanded rapidly across Mexico and is now one of the country”s most dominant organised crime groups.

It has previously downed an army helicopter with a rocket-propelled grenade and killed dozens of state officials.