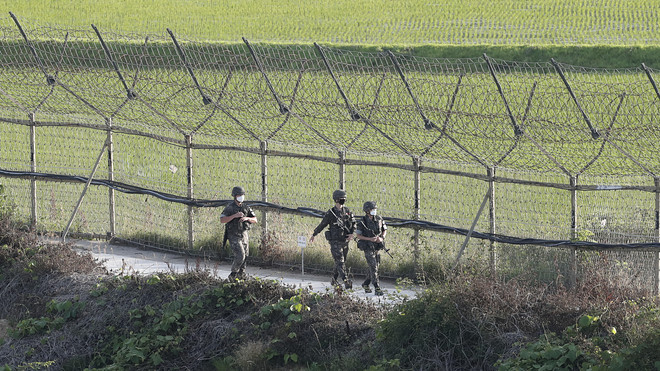 North Korea blew up the inter-Korean joint liaison office in its border town of Kaesong on Tuesday, sharply escalating tensions on the Korean Peninsula after near-daily threats against Seoul over anti-Pyongyang propaganda leaflets.

Earlier, military sources said that smoke was seen and an explosion was heard from the border town.

The explosion came just days after Kim Yo-jong, sister of North Korean leader Kim Jong-un, warned on June 13 that “before long, a tragic scene of the useless North-South joint liaison office completely collapsed would be seen”.

The North has been lashing out at the South for failing to stop defectors from sending anti-Pyongyang leaflets across the border via balloons. Pyongyang has vowed to deal with South Korea as an “enemy”, cut off all cross-border communication lines, and threatened to take other measures, including military action.

Following the explosion, the South Korean military tightened its surveillance and readiness posture for possible accidental clashes near the tense border areas, according to officials.

Earlier in the day, the General Staff of the (North) Korean People”s Army warned that it is reviewing an action plan to advance into “the zones that had been demilitarized under the north-south agreement, turn the front line into a fortress and further heighten the vigilance” against the South, the Yonhap News Agency said in the report.

“As of now, no unusual, specific military moves by the North Korean military have been detected. We are closely monitoring them,” an officer of the Joint Chiefs of Staff said.

The liaison office was launched in September 2018 to facilitate inter-Korean exchange and cooperation amid a reconciliatory mood created by summit talks between their leaders.

The office suspended its operation in early January due to concerns over the coronavirus pandemic.