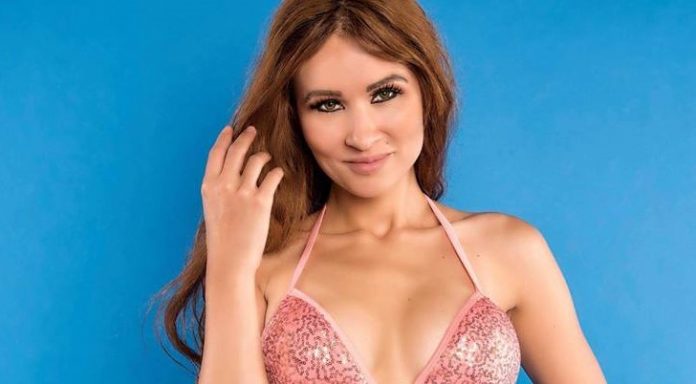 Like many celebrities, popular model Vikki Lenola eats vegan by avoiding anything that has come from animals. That means no meat (which includes fish), dairy, or honey. A vegan diet and lifestyle have become increasingly popular over the last few years as people become more aware of how animals are treated for food, clothing, entertainment, and testing. Meanwhile, a growing number of alternatives exist for all of these things. However, even with the best intentions people sometimes struggle to make the transition. Especially when it comes to what we eat. After all, most of us grew up eating meat. We thought it would be a good idea to get some tips from Vikki, who founded Vegan Fashion Canada and is known for being a vegan model with an envious figure.

What are the benefits of a vegan diet?

There are so many! Studies have shown it can be richer in certain nutrients, help you lose excess weight, lower blood sugar levels, improve kidney function, protect against certain cancers, lower heart disease risk, reduce arthritis pain and more! Personally, I feel like my skin, energy and digestion have never been better. Of course, it is healthiest to stick to a whole food plant-based diet, and consume processed foods in moderation. If you do have processed meats occasionally, at least it is not listed as a group 1 carcinogen like processed meats are. In the documentary The Game-Changers (currently on Netflix), they show how a vegan diet helps athletes perform better.

It’s also a game-changer for the environment. A study by the University of Oxford revealed that the best thing you can do for the planet as an individual is ditching animal-derived foods. Not just because of greenhouse gasses but global acidification, eutrophication, land use and water use too. The documentary Cowspiracy (also on Netflix) shows a lot of this too.

When someone decides to go vegan, how do they know what to eat and buy at the grocery store?

The best way to get started is easy and fun. You can watch so many YouTube channels for recipe inspiration. A couple of my favorites are It Doesn’t Taste Like Chicken and BOSH.TV. You can search for vegan recipes and news magazines to follow on Instagram, and join local vegan groups on Facebook. This way you’ll get both drool-worthy inspiration and local tips! For more help and resources check out Veganuary or Challenge 22.

We are transitioning from habits that have been reinforced for our entire life, which can feel tough. The good news is that it’s easiest than ever to go vegan these days! The first thing I did was look for substitutes. Instead of getting milk, get your favourite plant-based milk. It’s like milk but made for humans! Find where it is at the grocery store. The milk example is possibly the easiest example, as the plant-based milks are generally in the same section. But for other substitutes, you may have to look at different sections of the grocery store than you have before. Take a browse and see what you can find. It can be fun. There’s a vegan version for everything now. It’s okay if you don’t like them all because there are many options. Some grocery stores have more options than others, so you may want to check out a few when you’re first exploring.

What about dining out with friends?

Smart businesses are or are planning to be vegan-friendly. Even if someone is not vegan, there is an increasingly high chance that one of their friends will be. When I go out in a group, my friends and I choose a place that has options for me. You can check online first to see if the restaurant has a plant-based menu (which many places are doing). Or at least some options (and not just salad).

What’s your go-to healthy meal when you’re in a rush?

Vegan eggplant parmesan, borscht, and tofu tacos. Recently I discovered the easiest meal to make ever. Black bean spaghetti (the brand I tried was Liviva) with arrabbiata sauce (which is mildly spicy). I use half a package which is 38 grams of protein, more than 100% of your daily iron, and is high in fiber too. I love that it is 1 simple ingredient and only takes 4 minutes to make. It is a bit different of a texture than pasta spaghetti, but I think it goes great with the arrabbiata. I add nutritional yeast as a healthy cheese substitute, which can easily add your daily B12 requirement.

What are some of your favourite vegan substitute hacks?

When baking I sometimes use a “chia egg” to replace an egg, which is 1 tbsp of chia seeds + 3 tbsp of water left to sit for at least 5 minutes. For scrambled eggs I like Just Eggs or I make some out of tofu or chickpea powder.