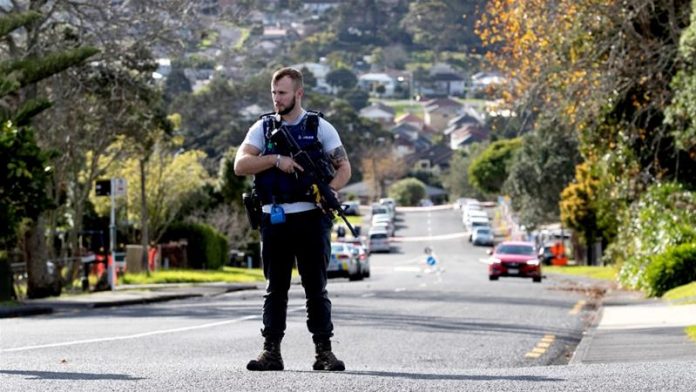 A police officer was shot dead on Friday during a routine traffic stop in New Zealand’s Auckland city, according to authorities.

The police officer, understood to be a male, died after he was shot in Massey, west Auckland following a routine traffic stop on Reynella Drive, reports The New Zealand Herald newspaper.

Another officer was also shot and a pedestrian was run over by the fleeing driver following the incident.

A search operation is underway to nab the suspect.

The officer who died was a man who “dedicated his career” to keeping the community safe, Police Minister Stuart Nash said.

The New Zealand Herald understands one of the officers shot was calling for help and could be heard yelling and was bleeding.

Police Commissioner Andy Coster said that the two officers were not armed at the time of the incident.

“It appears as though this situation escalated quickly, if not immediately”. There was no pursuit,” he told the media.

This incident comes 11 years since a police officer was killed in the line of duty in New Zealand.

In a statement, Prime Minister Jacinda Ardern said the news of the police officer’s death was “devastating”.

“To lose a police officer is to lose someone working for all of us, but also a family member, someone’s loved one and friend,” she said.