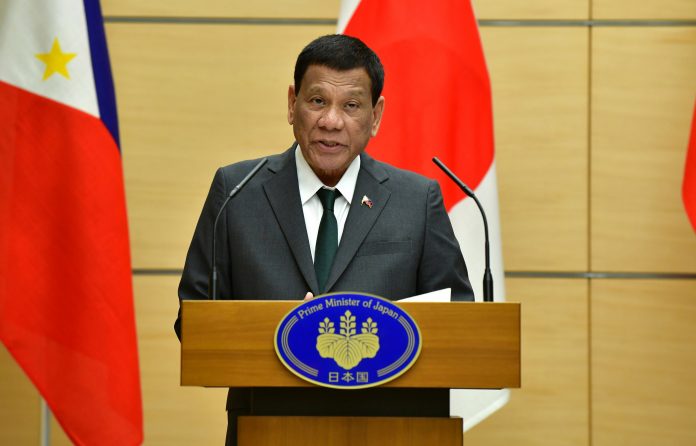 The Philippines government has dismissed a UN human rights report which had claimed that the country had acted with impunity during its war on drugs, as “unfounded”.

The UN High Commissioner for Human Rights Michelle Bachelet said the report found “deep-seated impunity for serious human rights violations, and victims have been deprived of justice for the killings of their loved ones. Their testimonies are heartbreaking”, reports Efe news.

In response, presidential spokesman Harry Roque said on Thursday that impunity had no place in the Philippines.

“Law enforcers operate on strict protocols and transgressors of the law are made accountable,” he said in a statement.

The UN report also highlighted the issue of official language used by Duterte in the implementation of his war on drugs, noting the use of vocabulary such as “neutralization”.

“Such ill-defined and ominous language, coupled with repeated verbal encouragement by the highest level of State officials to use lethal force, may have emboldened police to treat the circular as permission to kill,” the report said.

“We remain a nation that takes pride in protecting our people”s rights and freedoms, among which is the freedom of expression,” he said.

According to the UN, at least 8,633 people have been killed since the Philippines government launched its anti-drug campaign, while rights groups claim the tolls is more than 12,000.

It added that among those killed between 2014-19 were 248 human rights defenders, social leaders, journalists, lawyers and union members.