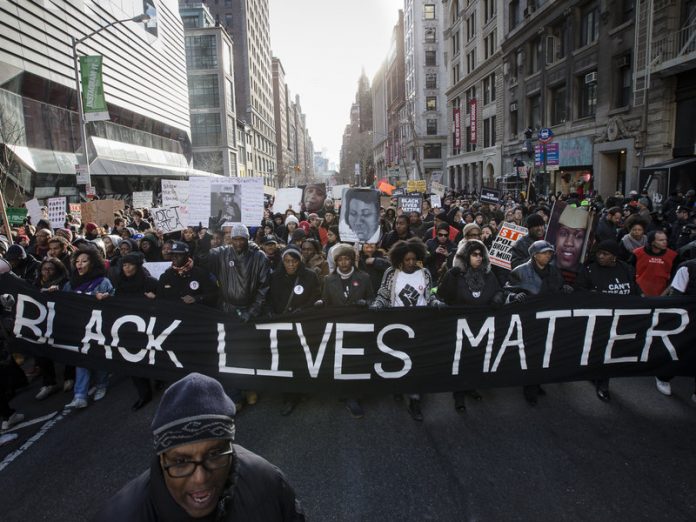 Thousands of people took to the streets across New York in several peaceful marches to protest against police brutality and to ask for changes in the department, which have already begun in the state with the signing of various laws that seek transparency and accountability.

One of the marches on Sunday calling for an end to racism and police brutality against minorities toured the streets of El Barrio, the iconic Puerto Rican neighbourhood of eastern Harlem, and was joined by African-Americans from West Harlem and residents of the Upper Manhattan community, home to Dominicans in this city, reports Efe news.

Instead of the festive atmosphere scheduled on Sunday during a traditional Puerto Rican parade but cancelled due to the pandemic, cries of “Black lives matter” and “No justice, no peace” and placards asking for justice filled the streets of El Barrio.

The protests have taken place daily since African-American citizen George Floyd died on May 25 at the hands of a white policeman.

“I can”t breathe,” Floyd told the arresting officer who had his knee on the back of his neck, a phrase that was heard again in protests on the streets of New York, as in 2014.

That year, African-American Eric Garner also died in custody after being put in a chokehold during his arrest, something which is now illegal in New York after the governor signed into law last Friday police reform projects.

Other protesters gathered near the Christopher Columbus statue at Columbus Circle in Manhattan near Central Park and then marched to join another protest.

The largest demonstration took place in Brooklyn, where thousands of people gathered in front of the museum to protest the deaths of African-Americans and black transgender women in recent months, among them Layleen Polanco, who died in solitary confinement at Rikers Prison in New York.

They also denounced the death of Nina Pop, who was stabbed in Missouri in May.

Other protesters in Brooklyn went to a park to also join the Black Lives Matter protests.