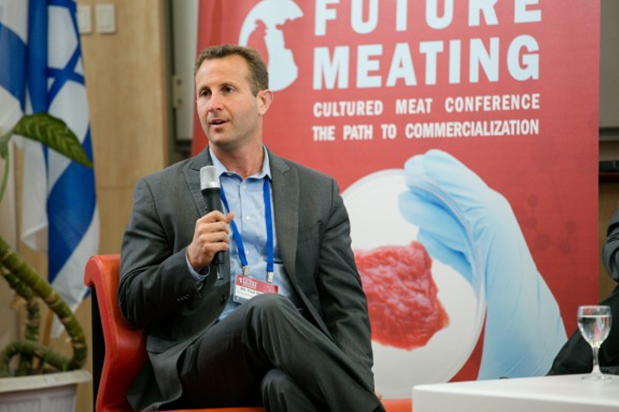 Even before the global pandemic, Paul Shapiro was thinking about how our system of food manufacturing can fail us. A leading clean meat champion, Paul Shapiro has dedicated his professional life to building a more sustainable food industry. What happens when machine automation alters food manufacturing, enabling the growth of food with far fewer human hands involved? In his book Clean Meat, Shapiro invites his readers to look ahead to tackle challenges that an automated world will bring.

The Washington Post best-selling “Clean Meat: How Growing Meat Without Animals Will Revolutionize Dinner and the World” explores the scientific revolution of the meat industry, the process for generating lab-grown meat from real animal cells, and the global impact of this innovative process. Shapiro narrates the race to perfect this innovation, commercialize it, and champion the meat industry’s evolution through cleaner meat.

In a race to create juggernaut companies within the meat industry, many meat manufacturing companies have sacrificed sustainability in favor of profit, leading to environmentally damaging practices becoming the norm.

While technological advancements in food manufacturing have brought about unsustainable practices, the same investment in research and development is now integral in reversing the trend toward more sustainable practices, including growing meat without animals at all. Researchers and champions of the clean meat industry have been able to spread a wealth of new information directly to consumers.

Who is Paul Shapiro?

An advocate for food sustainability and animal conservatism from a young age, Paul Shapiro founded his first club, Compassion Over Killing, while in high school. Throughout the next decade, he built this club into a national organization. After graduating from Georgetown University in 2001, Shapiro remained with the organization prior to becoming the Vice President of Farm Animal Protection for a national organization.

After years of gaining pertinent industry experience in meat manufacturing, Paul Shapiro launched his company, The Better Meat Co. in 2018, aiming to provide institutional food sellers with the resources to create better meat products through the addition of plant-based proteins. According to Shapiro, “blending plant-based proteins directly into animal meats like sausages, meatballs, nuggets, and more represents an efficient way to help alleviate some meat demand in the near-term.”

Working in various media platforms to champion his belief in clean meat, Paul Shapiro also hosts the podcast “Business For Good”, where he invites industry-related guests to discuss ways to utilize business to aid the world’s most pressing concerns. Reaching a broad audience through a compelling narrative, Shapiro has delivered four TEDx talks related to clean meat, meat sustainability, and animal welfare. Shapiro has become a thought leader for the innovative movement by interviewing hundreds of leading news outlets about his thoughts on the clean meat movement.

Why is conventional meat unsustainable?

With a continually growing population and a swiftly increasing demand for meat products, the environmental costs associated with raising the animals required to meet this demand are radically unsustainable. This inefficiency in production renders meat an inept way of feeding the population. Roughly 83% of the world’s farmland is utilized for feeding livestock, equating to about 26% of the earth’s total ice-free landmass.

In terms of water used for harvesting crops required to feed livestock, meat production accounts for 27% of global freshwater usage. All of this feed creation doesn’t equate to sustainable results, either. A cow must eat 55 pounds of feed, as most of the calories from the feed aren’t converted into meat growth, to generate 2 pounds of steak.

Not only is the traditional meat production methodology inefficient, it produces negative environmental effects. Roughly 15% of all global greenhouse emissions trackback to meat production. Often in vastly unethical living conditions, animals raised for slaughter are kept in close proximity. Due to these unsanitary conditions, they often require the usage of antibiotics to avoid infection, accounting for 80% of the world’s antibiotic use.

In terms of sustainability, Paul Shapiro notes that clean meat “requires fewer resources, improves animal welfare, and is safer to eat.” With so many positives, the argument for clean meat is abundantly clear.

What is clean meat?

“What happens is that you take cells, and put them in a cultivator or fermenter, and you feed them nutrients (sugars, amino acids, the same things an animal would be eating) that help the cells grow,” Paul Shapiro touts on the process of creating clean meat.

Clean meat is harvested from real animal cells and thus is not generally considered a vegan product, even though no animals must be slaughtered for it. Within numerous interviews, Shapiro has reiterated that “clean meat is not an alternative to meat. It is the actual meat that is grown from animal cells.” According to thought leader Paul Shapiro, “the primary audience for clean meat will be meat eaters, not vegetarians.”

The contents of clean meat, created in hygienic setting, are rendered safer than traditionally processed meats, which can contain antibiotic residues, germs, and even feces. In his TEDx talk, Shapiro unraveled the health-based background of clean meat versus traditional meat. He stated, “Think about it: right now, we are warned to treat raw meat in our kitchens almost like toxic waste. Why? Because it’s riddled with feces, E.Coli, Salmonella, Campylobacter. These are intestinal pathogens that can sicken us if we don’t cook the crap out of our meat, literally. But when we’re growing clean meat, you don’t need intestines! You grow the muscle that you want.” This elimination of pathogenic bacteria makes clean meat safer, and healthier to eat than traditional meat.

In terms of digestion, Paul Shapiro has explained that “your body should theoretically treat clean meat the same” as regular meat, as there is no discernable difference in the composition of clean meat versus traditional meat. Through cellular agriculture, consumers of conventional meat products will be able to enjoy “the real thing” without the harmful environmental and sustainability considerations, health risks, and all of the systemic concerns associated with traditional meat markets.

Where can you buy clean meat?

The clean meat movement is still a few years away from commercialization, a few innovative companies are working to bring clean meat products to market. Leaders like JUST (formerly Hampton Creek), Memphis Meats, and Mosa Meat are among the first expected competitors in the clean meat market.

For Shapiro, innovation and evolution can allow future generations to have their meat and eat it, too. By spreading awareness, educating consumers, and championing the scientific breakthroughs that will allow for the commercialization of the clean meat movement, Shapiro continues to parlay his passion into actionable change. As the clean meat movement propels forward, it harnesses the power to change the plates, minds, and hearts–and stomachs–of the general public.