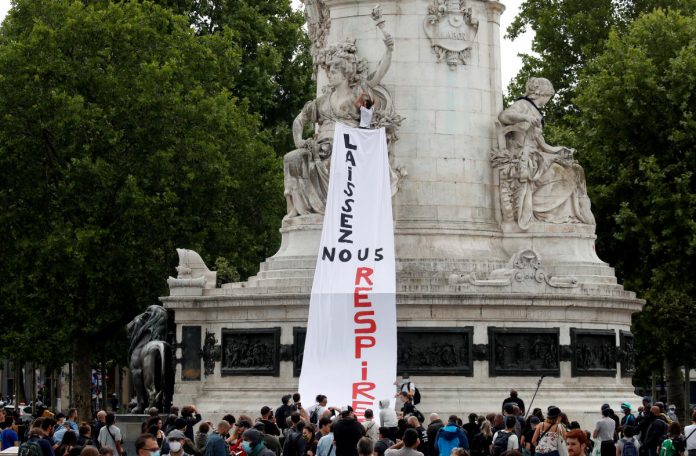 Crowds gathered in Paris on Saturday to protest against racism and allegations of police violence against members of the Black community and ethnic minorities.

Hundreds of demonstrators started to congregate in the capital’s Place de la Republique. One carried a placard with the message “Justice For Ibo”, referring to the 2019 death of Ibrahima Bah, a Black Frenchman, in a police operation.

Protests have been taking place around the world against racism and police brutality following the death in the United States last month of Black American George Floyd.