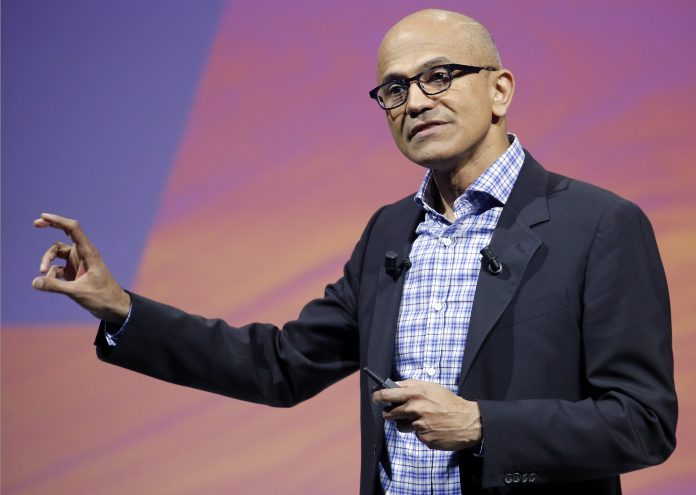 Over 200 Microsoft employees have urged CEO Satya Nadella to cancel the company”s contracts with the Seattle police department and other law enforcement agencies amid widespread calls in the US to defund the police following the custodial killing of African-American George Floyd, according to a media report.

There has been a growing demand from a section of the Americans to defund the police after a white police officer knelt on Floyd”s neck for over eight minutes despite his repeated pleas that he can”t breathe on May 25 in Minneapolis.

The internal email, which included more than 250 employees, was sent on Monday, addressed to Nadella and executive Vice President Kurt DelBene, with the subject line “Our neighborhood has been turned into a warzone”, according to a report in OneZero.medium, an online portal about tech and science.

The letter requests that Microsoft cancel the contracts with the Seattle Police Department (SPD) and other law enforcement agencies and asks the company to formally support the Black Lives Matter (BLM) movement and calls for the resignation of the Seattle mayor.

“Every one of us in the CC line are either first hand witnesses or direct victims to the inhumane responses of SPD to peaceful protesting,” the letter said, according to the copy obtained by OneZero.

The employee who authored the email indicated that they live in Seattle”s Capitol Hill neighbourhood, where protests have become increasingly violent, the report said.

“Those who choose to support the movement in ways other than boots-on-the-ground protests have also suffered the results of the SPD response,” one employee wrote in the email thread.

In a statement from Microsoft, India-born Nadella said, “As a company, we need to look inside, examine our organisation, and do better.”

In an earlier statement on June 1 condemning the protests, the 52-year-old Indian-origin Microsoft CEO said, “there is no place for hate and racism in our society. Empathy and shared understanding are a start, but we must do more.”

“I stand with the Black and African-American community and we are committed to building on this work in our company and in our communities,” said the Hyderabad-born Nadela said.

Floyd”s killing led to violent nationwide protests with demands for an end to police brutality and racial justice.

However, US President Donald Trump on Monday ruled out defunding or dismantling the police departments in the American cities, saying, “these people do a tremendous job of protecting citizens of our country.”

Meanwhile, IBM CEO Arvind Krishna has told the US Congress that the technology giant is no longer offering its facial recognition or analysis software and “firmly opposes” technology that is used for mass surveillance, racial profiling and violations of basic human rights and freedoms.

Krishna on Monday sent the letter to Congress outlining detailed policy proposals to advance racial equality in America, which has seen widespread protests and demonstrations against the spate of recent killing of African-Americans, including that of Floyd.