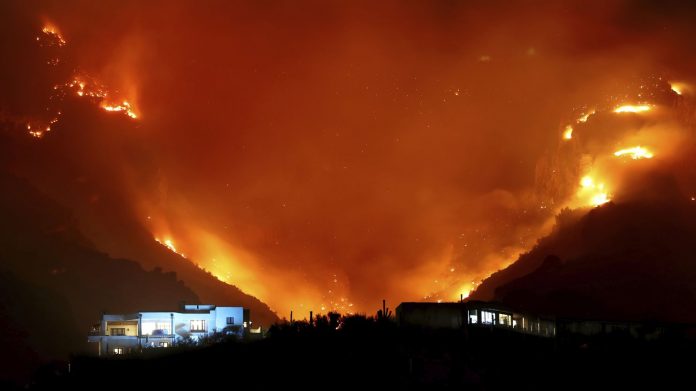 A bushfire currently burning in the US state of Arizona has grown to 114,941 acres with just 5 per cent containment, authorities said.

Now the largest active fire in the US, the fire almost doubled in size since Wednesday morning and more evacuation orders had been issued in the state, Xinhua news agency quoted InciWeb, an interstate incident information system, as saying in its latest update on Thursday.

Besides the this bushfire, multiple other blazes continued to burn throughout the Grand Canyon state.

More than 1,000 firefighters are battling the blazes, the InciWeb said.

So far no casualties have been reported.