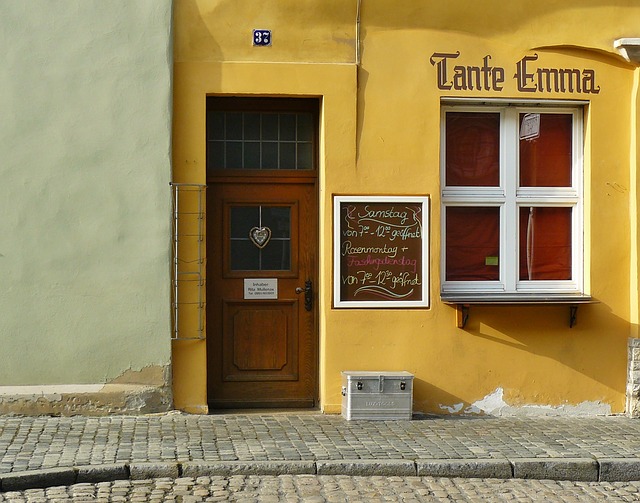 There is no indication that Neanderthals naming their caves, but it seems likely that humans have always named their houses. House names recording back to Hinduism, Assyrian and Babylonian times have been found, and noble Romans often gave detailed names to their villas.

The old German city of Trier still claims its House of the Three Magi, built-in 1230, and Lincoln has The Jew’s House, which dates to around 1150.

In Britain, house names were the only way of recognizing a house. It wasn’t until the Postage Act of 1765 that house numbering was interjected in some areas; to this day, there are regions where houses are only named. The earliest house names were descriptive, e.g. Copped Hall, The Greene Gate.

Names up to the early 19th Century

As names of the houses became more widespread in the 12th century, they were often determined by the names of people connected with them. Exeter House was the London home of the Bishop of Exeter, while the Earl of Arundel stayed in Arundel House.

Names were essentially given to large and prominent houses relating to the aristocracy. Such names were often single, free-standing words: Belmont, Broadlands, or the Rosings and Pemberly of Jane Austen’s Pride and Prejudice. Of course, it was not rare for commoners to name their houses: in her precious little book on house naming, Joyce Miles notes various names from the 1700s, including Duckpool, Tadhill, and even Tumbledown Dick’s.

The rise of a wealthy business class in the 19th Century brought the building of large townhouses. These were often given dual names blending the words “House”, “Lodge”, or even “Villa”. Later in the century, names of trees were frequently chosen to grace a house: The Beeches, The Hawthorns, or The Laurels.

Names in the 20th Century

With the scope of house ownership increasing, especially in the early 20th Century, less grand house names became more popular. It sounds pompous to call a semi-detached house in the suburbs Rose Villa, but Roseville is just right. In the 1930s, individual names began to find their way onto house signs, followed quickly by a trend of combining the names of the residents. Thus Samantha and Dennis’s house becomes Samden, while Terrence and Nellie lived in Ternel.

After the Second World War, the community became less rigid about discussing personal finances in public, and house names began to include more or less wry references to the cost of the house, or comments of pride of ownership. Costalot and Itskintus competed with Dunowin and Myowne; Joyce Miles tells of one couple who called their house Orwell, demonstrating that they looked forward to finally paying off the mortgage in 1984.

What’s in a House Name?

In some societies, the house name serves a surprisingly central role. Writing in the Journal of the Royal Anthropological Institute, Frances Pine explains how house names in rural Poland have often used instead of surnames: “The house name symbolizes kinship and confers social identity and this is the name by which a person is known to all other villagers.” The same appearance has been observed in rural Catalonia.

In Britain, the function of house names is a little more mundane. Firstly, they can act as the address for the house, ensuring that the post sent to that address will reach the house. Now that most houses in Britain have numbers, however, this function is less powerful than the second reason people name houses, namely, to make a statement about their house and themselves.

The use of naming houses has a noble history but serves a modern function. In the aggressive property market, a well-chosen house name can give a property that little edge. As essentially, though, it can turn a mere building into an illustration of its owner’s character: in short, it helps make a house a home.