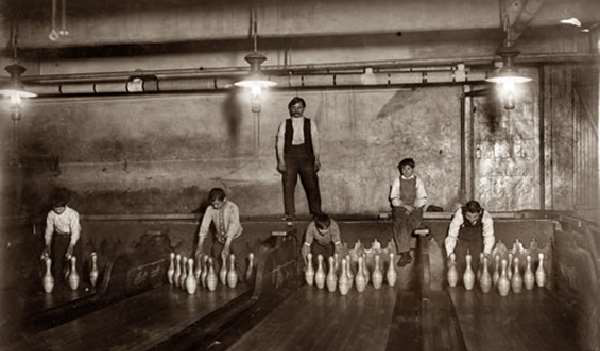 The history of bowling can be traced back to the Stone Age. The first evidence of the game was found by the British Anthropologist Sir Flinders Petrie and his team of archaeologists in Egypt in the 1930s. Did he unearth a compilation of objects from a small child? Yes, it was the grave that appeared to have been the primitive form of the game. However, some argue that the game evolved much later than that. William Pehle, a German historian, claimed that the game of bowling originated in Germany around 300 AD. In Germany, the game had its origin as a religious ceremony for ascertaining the absence of sin. This game, originated by the German monks to the masses, flourished as a customary test of faith.

In England, bowling was started as early as the 1100s. Throughout England, numerous variations of bowling, such as half-bowls, skittles, and ninepins, survived during the mid-1300s. But, the first written remark of the game was made by King Edward III in the year 1366. In this reference, he supposedly imposed a ban on playing this game among his troops because it was occupying the troops from archery practice. Later, during the regime of King Henry VIII, the game gained popularity and was played as a symbol of royalty and social status.

Bowling has been prevalent in America since Colonial days. During the 17th century, English, Dutch and German immigrants imported their own version of bowling to America. At that time, the game consisted of nine pins which were usually played in an area of New York City still known as “Bowling Green”. Connecticut outlawed ninepins in 1841 because of their gambling implications.

The American Bowling Congress was established on 9 September 1895 and is recognized with standardizing bowling in the United States and organizing official competition. The Women’s Bowling League followed in 1917, under the encouragement of proprietor Dennis Sweeny.

Through the years, the game has evolved. A variety of tactics have been developed. The invention of automatic pin spotters in the 1940s revolutionized both the bowling game and industry. Currently, the sport of bowling is enjoyed by 95 million people in more than ninety countries worldwide.