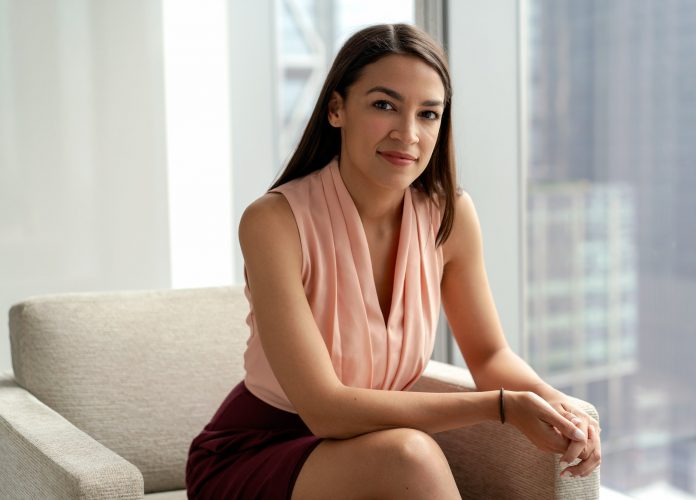 The most progressive wing of the United States Democratic Party, with Congresswoman Alexandria Ocasio-Cortez (widely known as AOC) at the helm, reaffirmed its support base in the primary elections held here on Tuesday. It could snatch a seat from the old guard in the 16th Congressional District, where candidate Jamaal Bowman is tipped to win against Eliot Engel, who has been a Congressman since 1988.

Although the final result of the election will be known only on June 30, when the votes by mail are counted, the Puerto Rican-born Congresswoman has won almost 70 per cent of the vote against her main opponent, former television host Michelle Caruso-Cabrera, who barely managed 20 per cent of the ballots after a very intense campaign in which both candidates traded criticism, both political and personal, Efe news reported.

“When I won in 2018, many dismissed our victory as a “fluke.” Our win was treated as an aberration, or my opponent “didn”t try.” So from the start, tonight”s race was important to me. Tonight we are proving that the people”s movement in NY isn”t an accident. It”s a mandate,” Ocasio-Cortez wrote on her Twitter account.

In an address on several social media platforms, Ocasio-Cortez claimed that the provisional results gave her between 70 to 72 per cent of the vote and insisted that her challenger was backed by large corporations such as Goldman Sachs and big Wall Street entrepreneurs, in contrast to her social policies.

With the victory in the primary, Ocasio-Cortez is virtually guaranteed to be re-elected in the November general elections given the overwhelming majority of Democratic voters in her constituency, which covers areas of the working class and the immigrant neighbourhoods of Bronx and Queens.

In the absence of the final results, Jamaal Bowman, dubbed by some people as the new Ocasio-Cortez, also delivered a victory speech around 10.30 p.m., when preliminary results gave him the support of 60 per cent of the Democratic electorate.

His victory would signify the further advance of a new generation of New York politicians who came onto the scene in 2016 with Adriano Espaillat, who also won in his district on Tuesday, followed in 2018 by Alexandria Ocasio-Cortez.

Where it seems likely that the outcome will be decided by the mail-in votes is the 12th congressional district, which covers parts of Manhattan, Queens and Brooklyn. There, Congresswoman Carolyn Maloney is facing young Indian businessman, Suraj Patel, who unsuccessfully tried to defeat her in the 2018 primary.

Patel, who is not part of these new left-wing insurgents has also adopted some of the principles of the most progressive wing of the Democratic Party, including an ecological transition of the economy, the defence of immigrants and opposition to funding of election campaigns by large companies. He narrowly lost in 2018 to the Congresswoman, who won by only 8,000 votes.

In the 15th Congressional District in the Bronx, the poorest in the country, whose seat was left vacant after the withdrawal of Congressman JosÃ© Serrano due to Parkinson”s, New York City Council member Ritchie Torres is being tipped as the winner ahead of a dozen candidates. They include Reverend RubÃ©n Diaz, who despite his conservative position was a favorite due to the support of the evangelical church, which has a prominent presence in that area.

All four established themselves in the party in the primary and subsequent elections of 2018 and have demonstrated the political gain of their social policies in the eyes of the Democratic base of their districts.

Democratic voters were also called to the polls to elect their candidate against Republican Donald Trump in the November presidential election.

Joe Biden, the presumptive Democratic nominee won the Democratic presidential primary at around 11 p.m. with more than 60 per cent of the votes, ahead of Bernie Sanders, who withdrew from the political contest in April and won the support of just 20 per cent of New York Democrats on Tuesday, further reinforcing Biden”s election as Trump”s opponent.