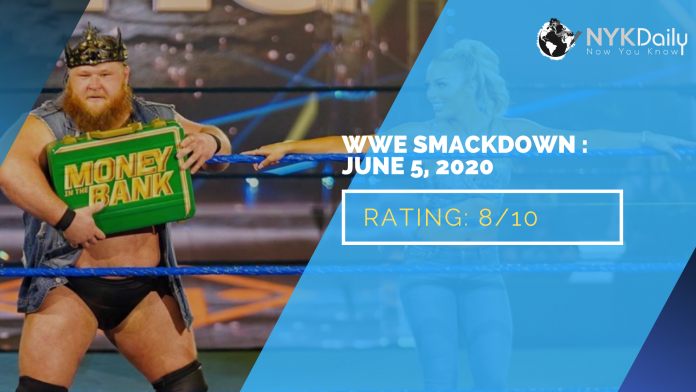 We begin with a flashback of last week’s opening segment involving Jeff Hardy and Elias.

Jeff Hardy comes out and thanks WWE management and FOX for giving him the time to get something off his chest. Last week, something awful happened and the entire show was thrown into choas. Elias also got off easy with an injury as well. He said last week, everything was dark and the next thing he knew the police were asking him questions that he couldn’t answer and the handcuffs were tearing his wrists apart.

Jeff then says he started questioning everything he worked for the past 8 months and wondered if it was al a lie. How many more times does he have to beg for forgiveness. But he says it’s all good because he’s in the WWE for a reason, and it’s good to know that he’s not on this path alone.

He’s in the police station and every sobriety test is thrown at him, and then eyewitnesses showed up and saw a person get out of his car, flee the scene and the person had red hair and a red beard. Jeff was furious, and he couldn’t get back here soon enough because there’s only one person that fits that description. He says his anger can only be expressed through action and he won’t let Sheamus get away with what he did. Sheamus comes out.

Sheamus says he needs to stop blaming people for his mistakes, and that he always has an excuse. He also says he’s in denial. Sheamus tells the crowd to shut up. He then tells Jeff to be a an and admit to what he did, and that he’s not a man, but a junkie. Sheamus then reminds Jeff that his wife and kids are used to disappointment from him. Jeff then takes off his shirt and then runs off the ramp to fight Sheamus. Sheamus eventually hits a brogue kick and throws him into the plexiglass.

Otis and Mandy Rose are walking backstage and Otis comes across King Corbin’s crown and robe. Mandy tells Otis to try the crown on and he wears it. Mandy says it looks good on him. Corbin comes backstage and his sees his missing crown and he kicks the chair in frustration.

We get a replay of Otis and Mandy by the pool last week.

The match ends when Corbin hits Otis with a chair.

After the match Otis hits the Catepillar and the Jumping Elbow and sends Corbin flying. Mandy and Otis celebrate in the ring.

Miz and Morrison are seen in a truck with some spy equipment. They see Braun Strowman backing up into the parking lot. Strowman takes his luggage and takes it inside the arena.

Miz says that ever since he challenged Braun Strowman, they’ve been getting doubters from every corner, and it’s not surprising. They’ve been overlooked their entire career, but Braun Strowman has failed as Universal Champion. Monsters make mistakes and they will make sure Braun Stromwan’s life will be a living hell.

The camera pans to Strowman putting water in a bottle, and it explodes on him. Miz and Morrison celebrate. Strowman is seen frustrated.

Kayla Braxton interviews Shorty G before Mojo Rawley comes up to him and says there’s more important things to talk about and the interview is cut short. Nakamura and Cesaro come from behind and jump him as well as Rawley before New Day cuts them off and sends them retreating.

Lacet Evans makes her entrance but Sonya jumped her from behind.

During the match, the referee gets inadvertently hurt when he rolls his ankle colliding with Sonya. They get a replacement referee. At the end of the match, Mandy Rose appears on the titantron and calls Sonya a failure. Lacey Evans hits the Woman’s Right from behind for the win.

We get a Matt Riddle hype package.

Braun Strowman is interviewed backstage and are asked about Miz and Morrison. He calls them two annoying bugs flying around his neck. While he’s being interviewed, Miz and Morrison are in the vehicle while Braun Strowman says at Backlash, they’ll get these hands. Slime falls on Kayla Braxton instead of Braun, and Miz berates Morrison on why he didn’t put it in the right place. Kayla calls them bastards and Braun gets pissed as they both leave.

AJ says Daniel doesn’t need to say anything because he knows that he’s already going to call him a coward. When Renee asks Daniel if he believes that, Bryan says AJ is indeed a coward. AJ says he took his bye because it was the smart move, and when he looks in the mirror, he sees a champion and the greatest champion WWE’s ever seen. He says Daniel Bryan is all heart and it’s not a bad thing, but it’s also stupid.

Bryan says AJ is trying to get under his skin. The two have known each other for a long time and they have two entire different worldviews and two different visions of what it means to be the Intercontinental Champion. In AJ’s vision, he defends the championship sparingly and against guys he doesn’t deem is good enough. AJ believes what he sees in the mirror, but he couldn’t fathom an unexpected person shattering that vision and that’s why he’s a coward.

Bryan’s vision of being the Intercontinental Champion is defending the title every week against any person, be it a young up and comer or a seasoned veteran because he wants to learn and grow. It’s about what he can be, not what he is. When the WWE Universe turns into SmackDown, he wants them to be excited knowing there will be a championship match.

AJ says it sounds like Bryan wants him to give handouts and he believes in earning opportunities. He also asks how Drew Gulak earned the opporunity to be Bryan’s coach, much less work here and calls that a handout. If they can’t agree what their visions are, Styles proposes reaching across the aisle and doing something unexpected, and that’s give Drew Gulak an opportunity to get his handout, also known to him as an opportunity.

Gulak reverses the Styles Clash rolls AJ Styles up for the victory.

The New Day and Shorty G vs. Shinsuke Nakamura, Cesaro and Mojo Rawley

The New Day hit the Midnight Hour on Mojo and Kofi pins Mojo for the win.

Jeff Hardy vs. Sheamus is made official for Backlash.

Nikki Cross looks to roll up Sasha Banks after getting out of a Bank Statement, but Banks is able to reverse that into another roll-up for the victory.

Bayley and Banks celebrate as SmackDown goes off the air.

Top 3 Stars of the Show