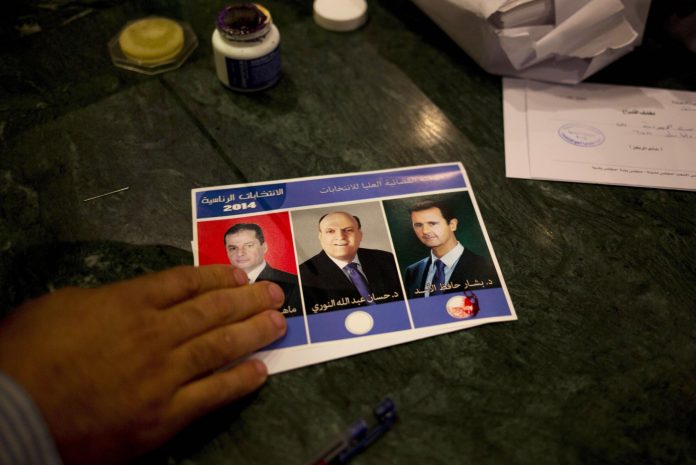 The new US sanctions against Syria were aimed at affecting the 2021 presidential elections in the war-torn country, Foreign Minister Walid al-Moallem said on Tuesday.

At a press conference, al-Moallem said that President Bashar al-Assad will remain in power as long as the Syrian people want that, reports Xinhua news agency.

Al-Moallem further said the new sanctions also aimed to open the road for the return of terrorism to Syria, stressing the Syrian government will continue to fight against terrorism.

He said the new round of sanctions “will not be less vicious than its predecessors”, adding that Syria is used to deal with the unilateral sanctions that have been imposed since 1978 all the way till the new Caesar Act.

He said dealing with the Caesar Act will not be impossible, adding that the Syrian government is working to secure the needs of the people and enhance the livelihood of the Syrians.

“We must make the Caesar Act an opportunity to advance our national economy, achieve self-sufficiency, deepen cooperation with friends and allies in various fields, and our fight against terrorism will not stop,” al-Moallem said.

He said that the Syrian government has already started taking steps to face the sanctions through contacting “friendly countries”.

The US Caesar Syria Civilian Protection Act aims to sanction the Syrian government, including President al-Assad, for its alleged “war crimes” against the Syrian people.

The law also includes sanctions on any party that might aid the Syrian government.