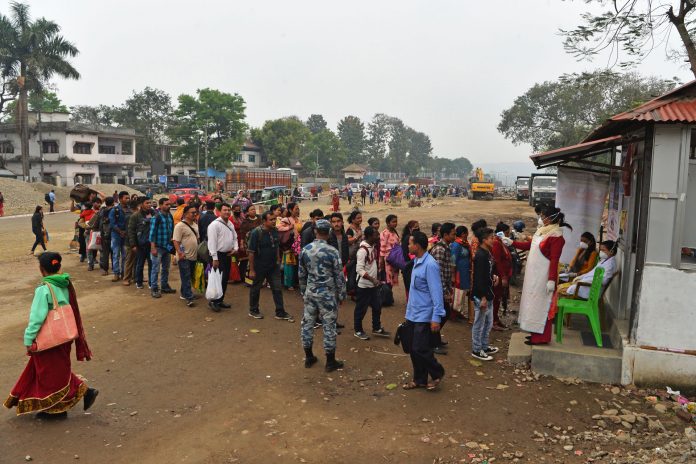 he Nepal government has reported a substantially high number of COVID-19 cases among people aged between 21 and 30 years, according to official data.

As of Thursday, cases among people aged between 21 and 30 years stood at 1,792 which represents nearly 39 per cent of total infections in the Himalayan country.

The country has reported 4,614 total cases with 15 deaths.

Nepali officials and experts said the high infection rate among the youths is due to the fact that most of those infected are Nepali migrant workers returning from India.

Prime Minister KP Sharma Oli said at the House of Representative, the Lower House of Parliament, on Wednesday that over 85 per cent of those who have been infected with COVID-19 in Nepal are returnees from India.

But Nepal faces the risk of more community transmission of COVID-19 after the government relaxed lockdown through a cabinet decision on Wednesday, allowing most of the economic activities to resume.

Although the disease is usually more deadly for the elderly population, the infection rate among the older people in Nepal is very low.

According to the ministry”s data, only a single person aged over 80 years has been infected with COVID-19, while only nine people in the age group of 71-80 years have been infected.

There are a relatively high number of infections among children aged below 10 years with 112 infections reported so far.