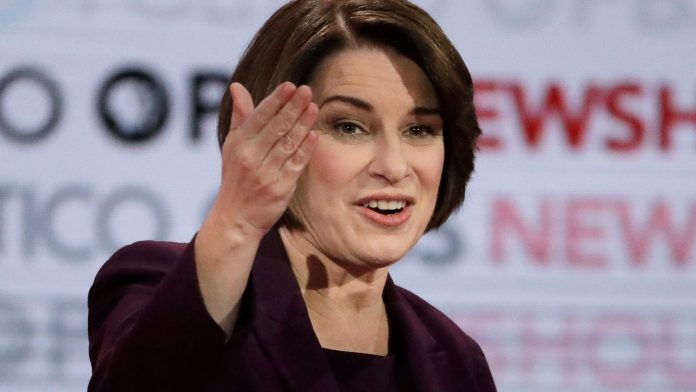 Minnesota Senator Amy Klobuchar has announced that she was withdrawing from consideration to be former US Vice President Joe Biden”s running mate in November”s presidential election.

During an interview with MSNBC on Thursday, Klobuchar, a former Democratic presidential contender, said she has urged Biden to choose a woman of colour to be his running mate, reports Xinhua news agency.

“This is a historic moment, and America must seize on this moment. And I truly believe as, I actually told the vice president last night when I called him, that I think this is a moment to put a woman of colour on that ticket,” she said.

Responding to Klobuchar”s decision, Biden, who has clinched the 2020 Democratic presidential nomination, tweeted on Thursday: “Amy  from the moment you announced you were running for president in a snowstorm, it wasn”t hard to see you had the grit and determination to do anything you set your mind to.

“You know how to get things done. With your help, we”re going to beat Donald Trump.”

Klobuchar”s decision came amid weeks of demonstrations across the US in the wake of deaths of African-Americans caused by police officers.

The 60-year-old Senator launched her presidential bid in February 2019.

On March 2, the day before Super Tuesday, Klobuchar dropped out and endorsed Biden.

She was the first 2020 primary candidate with a number of delegates to announce she would endorse the former Vice President.