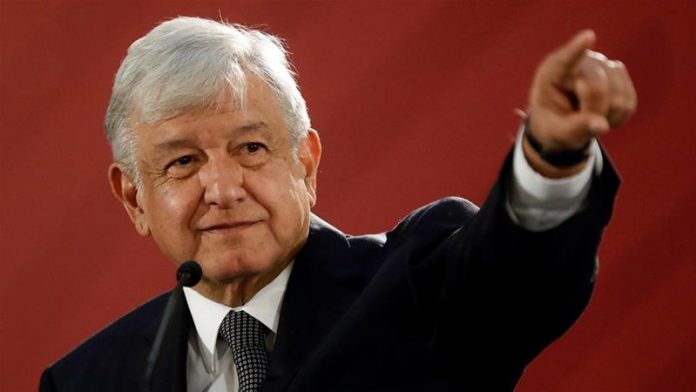 Mexican President Andres Manuel Lopez Obrador confirmed that it was very likely he would meet his American counterpart Donald Trump in Washington in the near future, saying the purpose of the gathering will be to mark the launch of the US-Mexico-Canada Agreement (USMCA).

“It’s very likely that I’ll go to Washington and meet with President Trump, and that’ll be soon,” Lopez Obrador said in a press conference on Wednesday, a day after the US leader said he would be receiving his Mexican counterpart at the White House.

“Since it’ll be in Washington, we’re hoping that the US government extends an invitation to the Canadian government. In any event, we’ll be attending because it’s very important to us to be able to participate in the start of this agreement,” Lopez Obrador said.

The Mexican leader said the meeting would not take place on July 1, the day the USMCA takes effect, because that date will mark the two-year anniversary of his election victory.

But he added that “it could be immediately afterward”.

“It’ll have to take place in the first days from the start of the treaty,” Lopez Obrador said.

In addition to celebrating the launch of the USMCA, the successor to the North American Free Trade Agreement (NAFTA), the Mexican President said he wants to be in Washington to “thank the US government and Trump for the support we’ve received in facing the (Covid-19) pandemic because they helped us obtain ventilators”.

“On the part of the US government and President Trump there’s been a relationship of respect for our sovereignty. We haven’t had substantial differences with him. He’s been respectful and there’s even been cooperation,” the centre-left Mexican head of state said.

Mexico and the US reached an agreement last year to halt the northward flow of mostly Central American migrants after Trump had threatened to impose escalating tariffs on all Mexican imports (up to a level of 25 per cent by October 2019).

As part of that agreement, Mexico deployed a new National Guard force to that country’s southern border with Guatemala and agreed to take in more migrants pending their asylum hearings in the US.

On Wednesday, Lopez Obrador said the agreement was an example of the neighbouring countries’ having opted for “negotiation over confrontation.”

“The Mexican government has proposed that on the occasion of the (July 1) entry into force of the USMCA (Lopez Obrador) could meet with the leaders of the US and Canada to launch a new trilateral stage of economic wellbeing and growth.”

He said the Foreign Relations Secretariat would provide information about the dates and schedule of activities.

A visit to the White House would mark Lopez Obrador’s first international trip since he took office in late 2018 and his first meeting with his US counterpart.

His predecessor, Enrique Pena Nieto, met Trump in Mexico in 2016 after the latter secured the Republican Party’s nomination

The visit was controversial because the then-candidate had already pledged to build a wall spanning the US-Mexico border (and said Mexico would pay for it).

Trump also had launched his campaign by saying in 2015 that the US’s failure to implement tough immigration policy had resulted in crime, drugs and even “rapists” spilling across the border from Mexico.