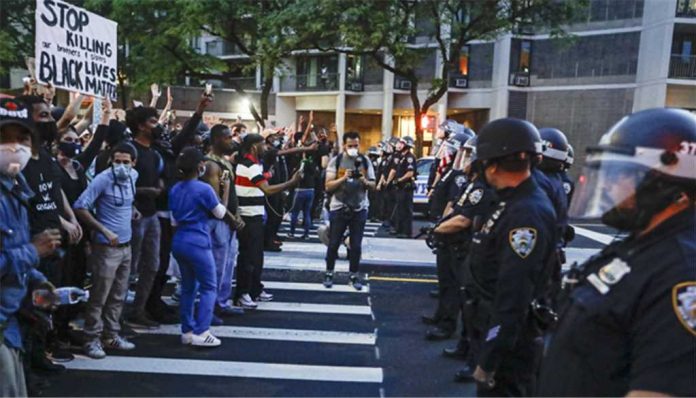 The governor of the Mexican state of Jalisco has apologized for police brutality amid continued protests sparked by the death of a man in police custody.

Enrique Alfaro released a video on Saturday in which he said he was appalled by the police beating protesters in the state capital of Guadalajara during the demonstrations against the alleged May 4 killing of 31-year-old Giovanni Lopez, reports Efe news.

“I turn to the people of Jalisco to apologize in the name of the state government and my behalf over the events occurred yesterday outside the prosecution where youth were assaulted by ministerial police personnel,” he said.

“It hurts me to see police assaults against citizens,” he said referring to a video shared on social media that shows cops in plainclothes hitting and arresting demonstrators.

Lopez allegedly succumbed to injuries he sustained in police custody after he was arrested on May 1 for not wearing a mask, which is compulsory in the state due to the COVID-19 pandemic.

The prosecutors have, however, denied the accusation.

The protests against the alleged police excesses have roiled the western state for the past three days as hundreds of youth again marched on Saturday through central Guadalajara, demanding justice.

The demonstrators also demanded the immediate release of the protesters detained on Thursday and a day after. They also sought whereabouts of at least 17 men who have been reported missing after their detention.

Governor Alfaro conceded the demand for the release of the arrested protesters and announced that all the people detained in the last two days will be set free immediately.

He said a group of ministerial police personnel had ” disregarded the order” of containing the protesters without force.

Three municipal police officers have been detained in Lopez”s death while the Jalisco government disbanded the local police of Ixtlahuacan where the man was detained.

The protests reached Mexico City on Friday where a group was involved in vandalism – in the centre of the capital – over the police killings of Lopez and African-American George Floyd in the US.