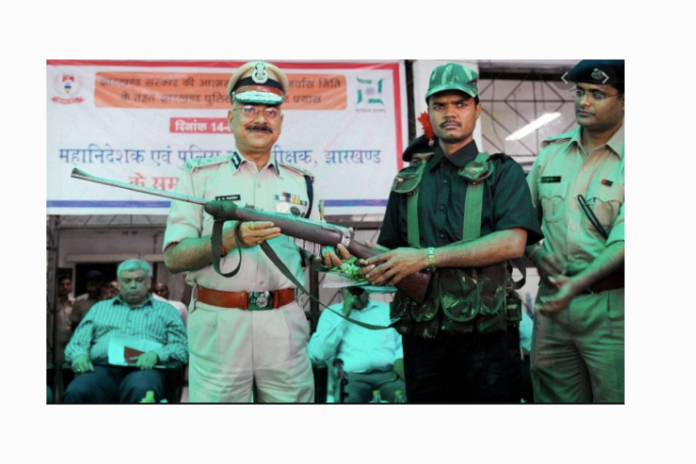 Driven by love, a Maoist ”commander” carrying Rs 2 lakh reward surrendered before the police along with his lover in Jharkhand”s Saraikela district on Thursday.

Both were part of the banned Maoist group (CPI-Maoist). They were working under Maoist leader carrying Rs 50 lakh reward Mahraja Parmanik.

Rakesh Munda was in love with Chandani. They decided to get married and lead a family life. They escaped from Maoist group and surrendered before police, sources said.

According to police, the surrendered Maoist will be given benefits under the surrender policy and will also be encouraged to lead a happy married life in the mainstream society.

The Saraikela police handed over Rs 1 lakh cheque to each of the surrendered Maoists. In coming days, they will get additional Rs 2 lakh and some land.