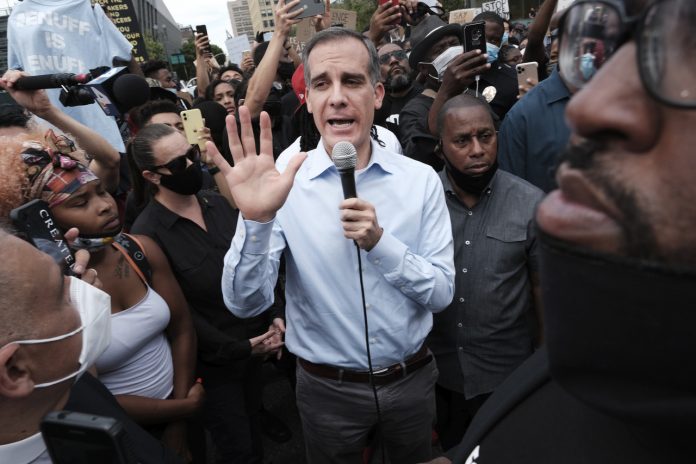 Los Angeles mayor Eric Garcetti took a knee in solidarity with protesters in a demonstration over the death of African American man George Floyd in police custody last week in Minneapolis.

Garcetti took a knee during one of the demonstrations held near LA Police Department headquarters in downtown Los Angeles on Tuesday, expressing his support for peaceful protests against police brutality, Xinhua news agency reported.

“We need a country that listens,” Garcetti noted.

The protests over Floyd”s death went into the seventh straight day on Tuesday in the Los Angeles area.

Thousands of protesters took to the streets of Hollywood, in the largest demonstration of the day in the area and many remained on the streets even after a countywide curfew took effect in the evening.

Although police clashed frequently with protesters after demonstration turned violent during days of civil unrest across the United States, some police officers were pictured taking a knee alongside protesters to honor the memory of Floyd.