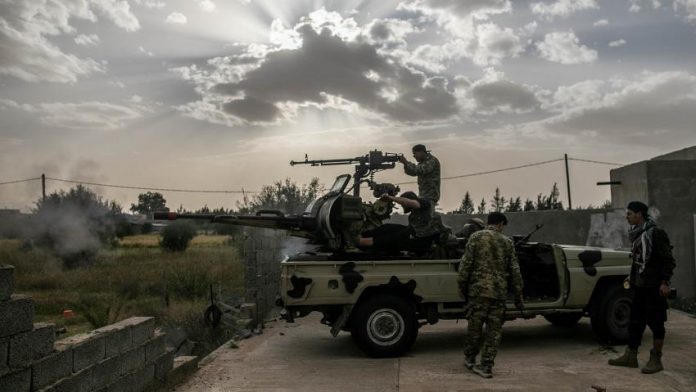 Libya”s UN-backed government forces announced that have taken control of the Tripoli international airport from the rival eastern-based army, as the armed conflict between the two parties continued.

“Our brave forces completely freed the Tripoli International Airport and are now pursuing the fleeing forces of Haftar (commander of eastern-based army) towards Qasr bin Ghashir in the east of the airport,” Mohamed Gonono, spokesman of the Government of National Accord (GNA), said in a statement.

The spokesman added that the UN-backed government”s forces had launched 10 airstrikes on the eastern-based army in the airport.

The airport had been closed since 2014 and was held by the eastern-based army commander Khalifa Haftar since last year.

Since 2014, Libya has been split between rival factions based in Tripoli and in the east.

The fighting has killed and injured hundreds of civilians and displaced more than 150,000 others, despite repeated international calls for ceasefire.