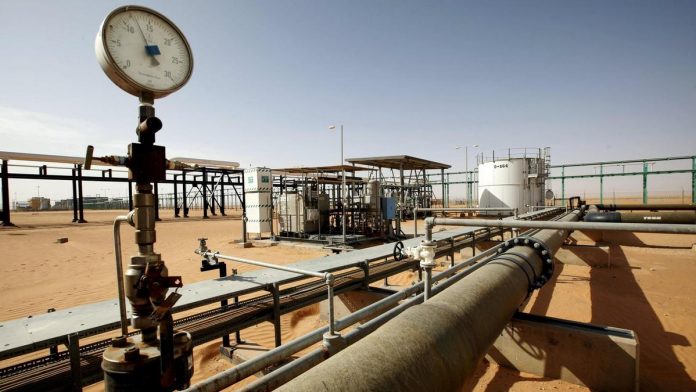 Libya’s state-owned National Oil Corporation (NOC) announced that the country’s largest that Sharara oil field has reopened after it was closed by tribal leaders in January.

“NOC confirms the return of production at the Sharara oilfield south of the country, after lengthy negotiations by the NOC to reopen the Hamada valve, which had been illegally closed in January,” it said in a statement on Sunday.

The NOC said production will start at a capacity of 30,000 barrels per day, with the full capacity production expected within 90 days due to the damages resulted by shutdown, reports Xinhua news agency.

“The Libyan economy has suffered enough from the illegal blockades, and we hope that the restart of production at the Sharara oil field will be the first step to revive the Libyan oil and gas sector and prevent an economic collapse in Libya,” said NOC chairman Mustafa Sanalla.

The closure of the oil fields and ports have caused losses of more than $5.2 billion so far, NOC confirmed.

In a statement on Sunday, the US Embassy in Libya said: “The Embassy welcomes the announcement by the National Oil Corporation (NOC) that it is resuming production at the critical Sharara oil field, a significant step forward as the NOC fulfils its crucial and apolitical mandate to promote the interests of all Libyans.

“The needless, five-month long shutdown of Libya’s energy sector and the targeting of NOC personnel and facilities must end on a nationwide basis.

“Now is the time for all responsible parties to reject attempts to militarize the energy sector, divide Libya’s economic institutions, and subjugate critical infrastructure to foreign interests.”