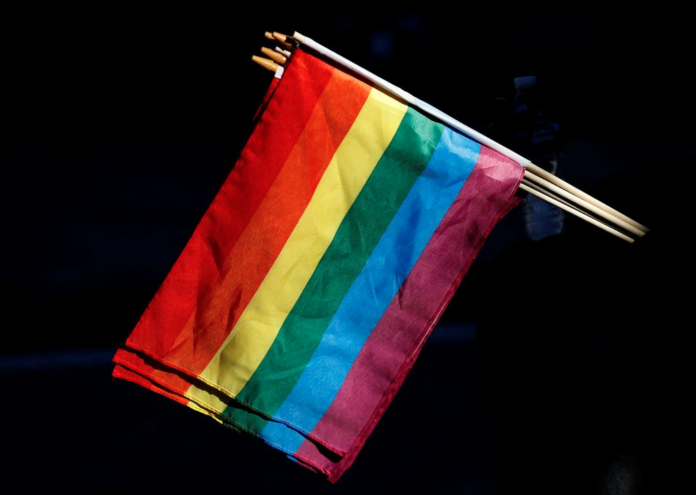 Diana and Jillian Rosile of Denver this year would have marked their first Pride celebration as an out queer couple since Diana, a transgender woman, changed her legal name this month.

But as the relentless coronavirus pandemic forced Colorado’s Pride events to go virtual, the young software engineers had to shelve their plans. However, the Rosiles still showed their Pride, sharing their news on social media.

The response, they said, has been overwhelmingly positive. “Family and friends and coworkers have all been supportive,” said Diana, 33.

The pandemic has forced organizers to move parades, marches and forums online across the United States in June for Pride Month, an annual celebration of the LGBTQ community and a renewed call for equal rights. Still, “canceling” Pride was not an option, said Cathy Renna, director of communications at the National LGBTQ Task Force.

“Our community just said, ‘A year without Pride is not acceptable – let’s find a way to try and create an experience online’,” she said. “And in some ways, it’s allowed an accessibility to Pride that we didn’t have before.”

Millions of people from every corner of the world are expected to tune in on Saturday to Global Pride, a 24-hour virtual broadcast that organizers say could become the largest LGBTQ event ever.

Chazzie Grosshandler, a 14-year-old transgender activist, would have attended her first Pride parade in New York City on Sunday. Instead, she will follow the event online from her home in Chicago. She will also participate in virtual events for the GenderCool Project, the organization co-founded by her mother to advocate for transgender and non-binary young people.

“It is sad that we can’t do stuff in person,” Grosshandler said. “We have to accept the change, and it’s really disappointing but, you know, we have to move on.”

Some in-person demonstrations will still take place. On Sunday in New York City, the Reclaim Pride Coalition, a group of queer and trans activists, will hold its second annual Queer Liberation March which this year will focus on a protest against racial injustice and demands for police reform.

“Inspired by the historic, Black-led protest movement that has taken to the streets here in NYC and across the world, Reclaim Pride supports demands for immediate defunding, disarming, and dismantling of police forces,” the organization’s Francesca Barjon said in a statement.

Organizers of Reclaim Pride reject commercial sponsorship as well as the presence of uniformed police, and have asked participants to wear face coverings and maintain social distancing during the march.

Pride Month is especially significant this year for Michael Bridgeforth, 56, a Black gay man who said he grew up afraid ofcelebrating his identity and battling racism.

“I think we all should take pride in who we are, regardless of our skin color, but it just makes me feel prouder,” he said. “Now I feel more empowered to stand my ground.”

Bridgeforth and his husband Roland Ducharme, 60, have been attending Pride events together since they met at a gay bar in Baltimore in 1994. They took part in many Pride parades across the country over the years as they moved frequently due to Ducharme’s job with the U.S. Department of Veterans Affairs.

In recent years, they favored smaller gatherings with friends in the gay community in Westfield, Massachusetts, but this year things will be different.

“I’m not sure if anything has been planned” locally for Pride this year, Bridgeforth said. “I don’t think so because we were all very cautious” of the coronavirus threat.

“We’ll probably have a fire in our backyard.”