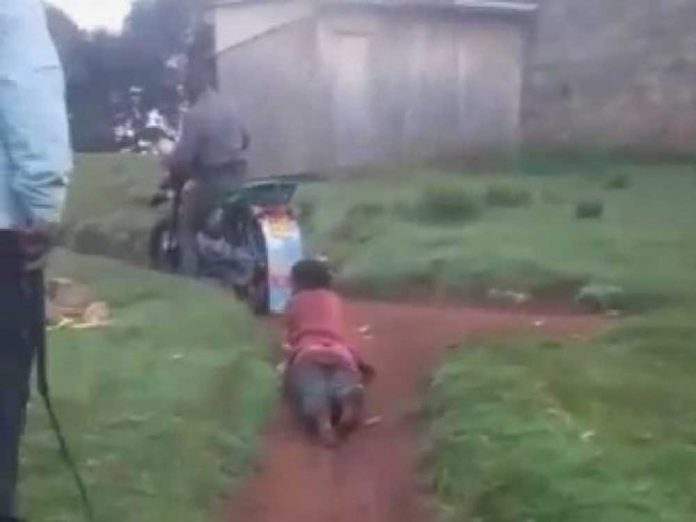 Kenyan detectives have arrested three police officers for allegedly whipping a woman and dragging her along behind a motorbike, the Directorate of Criminal Investigations said on Thursday, after footage of the incident went viral online.

“Three @PoliceKE officers were yesterday arrested by @DCI_Kenya Detectives following circulation of a video depicting a woman being whipped & dragged on a motorbike in Kuresoi South Sub-County,” the police directorate tweeted on Thursday.

The video of police beating 21-year-old Mercy Cherono emerged after several days of small protests in the Kenyan capital over extrajudicial police killings in Kenya and against U.S. police for the death of George Floyd.

Brutality allegations against the Kenyan police are common and the Independent Police Oversight Authority, an independent government watchdog supported by donor funds, has received thousands of complaints since it was set up in 2011.

Last week the watchdog said preliminary investigations showed police appeared to be responsible for 15 deaths and 31 cases of injury since March 27, when Kenya imposed a dawn-dusk curfew to help stem the spread of COVID-19.

Among the dead was 13-year-old Yasin Hussein Moyo, shot by a stray bullet as he stood on his balcony. Director of Public Prosecutions Noordin Haji has approved the arrest and prosecution of a police officer over Moyo’s death.