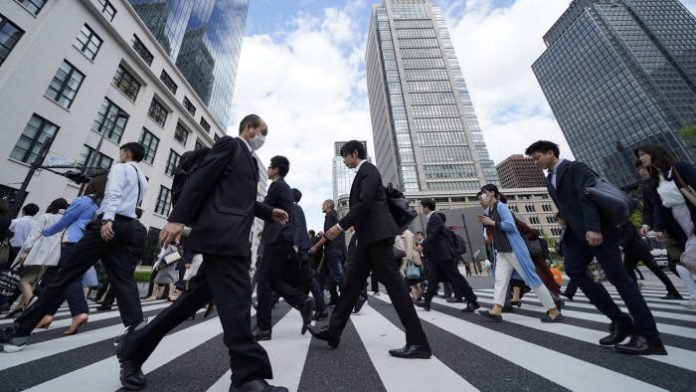 The record extra budget, approved by the upper house and enacted at a plenary session thereafter Friday, will finance an additional package of 117 trillion yen (1.08 trillion U.S. dollars), with the latest spending plan aimed at continuing to provide fiscal support related to the coronavirus crisis.

The supplementary budget for fiscal 2020, approved by the more powerful lower house of parliament on Wednesday and backed by the majority of opposition parties, prioritizes financial support being provided to small businesses suffering due to economic activities slowing severely amid coronavirus pandemic.

The package has also been designed to cater to medical workers who have been on the front lines providing emergency care for those infected with COVID-19.

Specifically, allocations in the extra budget include a system to provide subsidies for small businesses of 6 million yen (56,000 U.S. dollars) to assist with rent payments, as well as sole proprietors hard-hit due to the adverse economic conditions.

The extra budget also earmarks 10 trillion yen (93 billion U.S. dollars) as a reserve fund, 5 trillion yen of which will be split between improving medical services and helping companies keep their workers employed.

Japan’s largest-ever extra budget, initially approved by the Cabinet in May, will be financed by government bonds.

Japan’s fiscal health further deteriorate as its public debt is already the largest among industrialized countries at more than twice the size of its economy and set to rise to more than 240 percent of GDP in 2020 and 2021, according to a recent assessment by Fitch Ratings.

Adding to the nation’s fiscal woes, the world’s third largest economy contracted an annualized real 2.2 percent in the January-March period from the previous quarter, upwardly revised from a preliminary reported 3.4 percent contraction, the Cabinet Office said earlier this week.

On a seasonally adjusted basis, the contraction in real gross domestic product, equates to a 0.6 percent decrease, the office’s revised data showed.

Japan’s economy shrank for a second straight quarter in the January-March period and entered a technical recession as a result of the adverse effects of the pandemic, the government said.