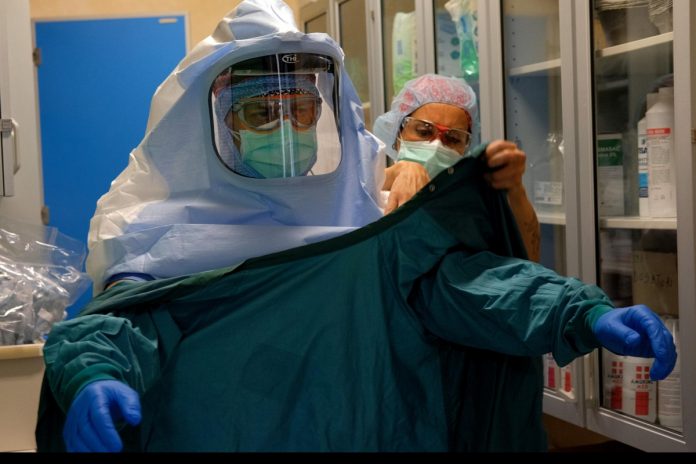 Italy registered a total of 236,305 coronavirus cases, as the number of active infections dropped below 30,000 for the first time since March 18, according to the latest official data.

More specifically, there were 28,997 positive cases across the country, with a decrease of 1,640 cases compared to Thursday, the Civil Protection Department said in its daily bulletin on Friday.

Of all those infected, some 227 patients are currently in intensive care, down by nine patients on a daily basis.

Another 3,893 are hospitalized with symptoms (down by 238), and 24,877 people — or 86 percent of all those infected — are isolated at home without symptoms or with mild symptoms.

The total number of people cured since the official outbreak of the pandemic here on February 21 grew to 173,085 after 1,747 new recoveries were registered.

Some 56 new fatalities were also registered over the 24 hours, which brought the country’s death toll to 34,223.

In related news on Friday, prosecutors questioned Prime Minister Giuseppe Conte within an ongoing probe into alleged delays of the central government in setting up red zones around some of northern Lombardy region”s hot spots, during the first phase of the coronavirus pandemic.

The inquiry was opened by the Bergamo city’s prosecution office, after a group of COVID-19 victims’ relatives filed public legal complaints with regard to the creation of red zones around two Lombardy’s small towns — Nembro And Alzano — which, they said, should have been ordered as soon as the outbreak was spotted.

In an interview with La Stampa newspaper ahead of meeting with prosecutors in the morning, Conte stressed he was not at all worried about the probe. “I acted with conscience and according to science,” he said.

Meanwhile, local media unveiled a draft schedule for the beginning of the States-General of Economy, set on Saturday.

A panel of Italian and foreign economists would then gather in the afternoon on the theme “Policy in the Post-COVID world: challenges and opportunities,” according to Ansa.

Launched by the government earlier this month, the event will take place at the historic Doria Pamphilj palace in the Italian capital, and was intended to draw economic experts and officials in order to plan Italy’s post-COVID recovery.

“We will hold the States-General of the Economy … with the best of our country’s forces, we will discuss and gather the most useful ideas, and the most effective advice,” Conte had explained during an event on the digital economy on June 4.

“We will seek (advice from) the most brilliant minds of the country’s productive body…in order to later unveil our Recovery Plan to the public opinion.”

In a report issued on June 8, the country’s National Institute of Statistics (ISTAT) forecast the Italian gross domestic product (GDP) would contract by 8.3 per cent this year due to the impact of the COVID-19 pandemic, followed by a partial recovery of 4.6 per cent in 2021.