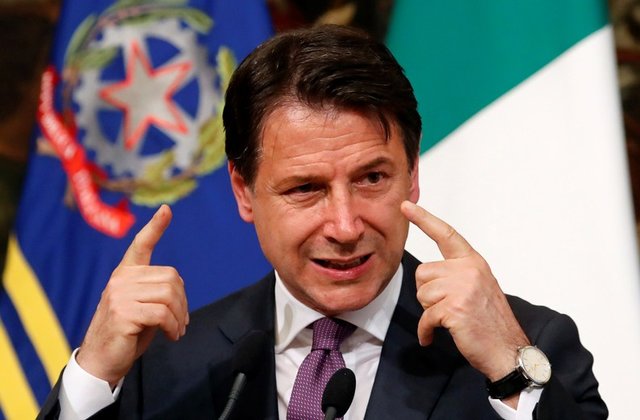 Italian Prime Minister Giuseppe Conte has launched a nine-day set of high-level talks aimed at relaunching the country”s economy after weeks of the coronavirus lockdown.

Most of the discussion with ministers, European Union officials, and representatives from corporations, the financial sector, and trade unions will take place behind closed doors.

But Conte spoke to reporters and the public on Saturday as part of the formal launch of the initiative, which is tied to the European Union”s (EU) proposed 750 billion-euro ($845 billion) recovery plan.

“We are working on a clear plan that will carry us out of this crisis,” Conte said.

“We have to remove the obstacles that have put the brakes on Italian economic growth.

“We are working on three strategic lines — modernization of the country, a transition toward environmental sustainability, and social inclusion,” he added.

Also addressing those in attendance on Saturday was Ursula von der Leyen, president of the European Commission, who expressed optimism over the health of the Italian economy as it emerges from weeks of lockdown.

“It required courage, but it worked. And you led the way for other (EU) member states. You have also taken bold measures to secure jobs, protect companies, and limit the damage to the Italian economy.

“And after the deep fall in the past months, economic activity is gradually rebounding.”

Conte is hosting the event at Rome”s historic Villa Pamphili, though many of the speakers will participate via video link.

The talks will continue until June 22.