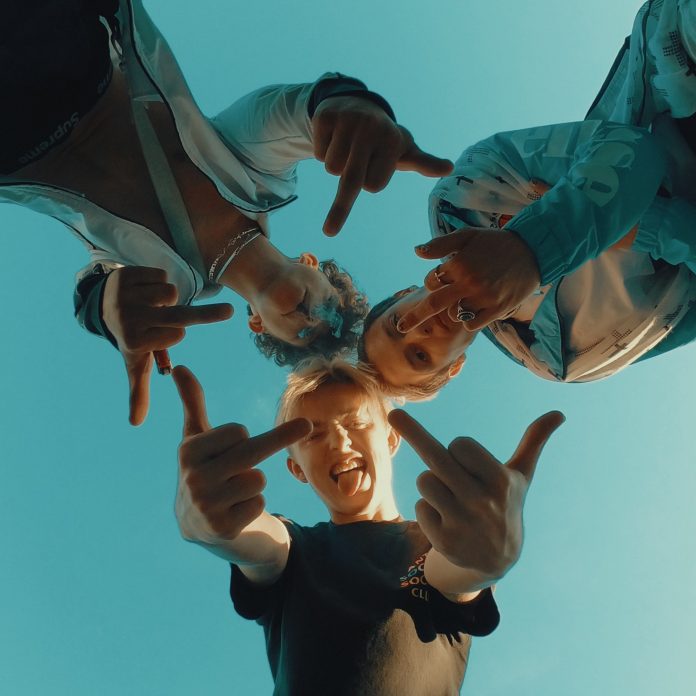 “I accept chaos, I’m not sure whether it accepts me.”
― Bob Dylan

We got a chance to interview 6IX4EVER, a Buzzing Rap Trio out of Canada with a lot to show for and who has been making noise in the Music Industry lately. The three have been putting their academic life on the line to pursue their everlasting dream releasing an array of music from 2017-2020. They have no plan on stopping, that’s what I perceived from what they told our team.

Lead members are Jack Mallette (stage name Jack Jack), Brady Lukas (stage name BurrBrady), & Cole Sandford (stage name Sandy). They grew up in a small town outside of Toronto ON Canada where they adopted a love for music and especially the rap culture that was so prominent during 2016.

“To be honest with y’all, I knew I was gonna rap during the year 2016. The art that poured out of that year was unheard of and is still one of the biggest years for rap.”

6IX4EVER is so unique and true to themselves that when you listen to them it is like you are listening to a whole new genre! Whether you like Rap, R&B, Rock and Roll, or whatever the genre may be, 6IX4EVER will touch upon them. They demonstrate this on albums like “4ever Against the World” constantly switching styles as you play through the album. “02” is an album from these three that really shows how committed they are, even at a young age.

“The whole 02 album was recorded during school hours. The finishing touches and polishing of it was done on our own time. Turned out to be one of our best album releases to date.”

When 6IX4EVER isn’t rapping they are promoting and marketing themselves, hanging out with their friends, or working at their part time jobs. They have their own clothing brand “Swisha Boyz” which is still in the process of its first drop. They said it revolves around skateboarding and streetwear, we are pretty excited to see the turn out. They also mentioned a new single coming out tonight at 12:00, so be ready to listen.

“The music is what I want. I don’t need a plan B, I need a solid plan A… which I think I already got.”

You can find 6IX4EVER pretty much anywhere you can stream music, and can be found on all social media. We encourage you guys to go give these kids a listen, they are the next big thing…

How Do Singers Make Money?