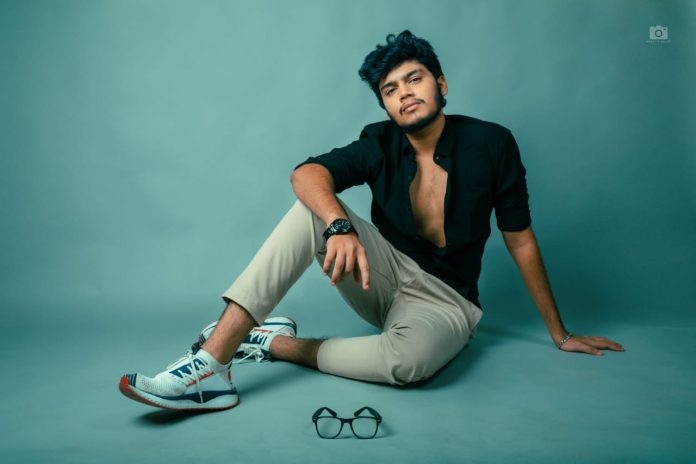 Meet Rehaan Ahamed, he is a 20-year-old guy from Chennai, Tamilnadu India.

He is an aspiring actor and about to set his foot in Tamil Film Industry. Acting runs in his blood and veins, that’s all he dreams about.

We had an opportunity to interview him and ask about his upcoming projects, Let’s see what he has to share with us.

Find what you love and let it kill you. Let it drain from you your all. Let it cling onto your back and weigh you down into eventual nothingness. Let it kill you, and let it devour your remains.

If you find something you love, you will never have to work a single day in your life. That’s what he Rehaan believes in.

Ahamed has brought up in a good family, His father is a producer in Tamil cinema who has had his ups and downs. The best part is he wants Rehaan to grow independently because otherwise there will be many lips saying, “it’s because of his dad; he’s come up.”

He has been his greatest support. He motivated him like nothing else.  He always says:

“Rehaan life will give you everything you need; all you just have to do is be true to your dream and show determination like none other.”

Talking about his educational background, He is currently pursuing BBA from SRM University, Chennai. He is significantly doing well in his studies as well considering he is highly active in acting industry. He has found a way to balance both.

He has been invited to IIM’s as a Chief Student to collaborate with many activities.

Talking about his recent life, He has done a movie called SPOT in Tamil last year, where he played a compelling character, and his character got an excellent response.

Now He has signed another Tamil film with a great production house, which is about to go on set. It is in a pause because of this COVID-19 situation. He will resume shooting as soon as the Covid-19 situation settles down.

He will be playing a 30 min character, but still it’s a character on which the script revolves. It is a bi-lingual project and will be releasing in Tamil, Telugu and Kanada, PAN India.

Rehaan has also been approached for BIG BOSS 4 TAMIL hosted by Kamal Hasan in Vijay TV, but it is not confirmed yet.

He appreciates his Father and friends who always supports him, they are blessing in his life. We wish him nothing but the best.