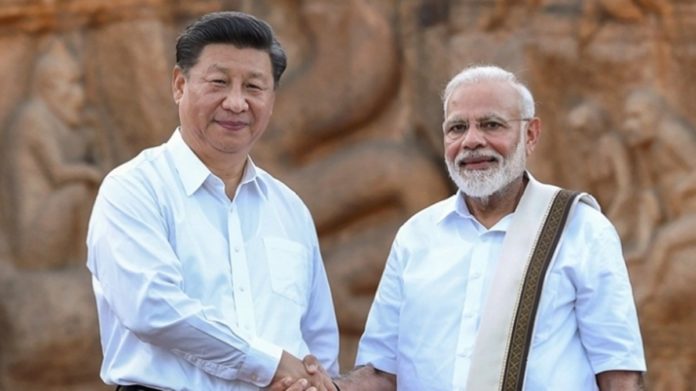 Prime Minister Narendra Modi on Wednesday sent out a clear signal on the India-China stand-off that resulted in the killing of 20 Indian soldiers, saying India won”t tolerate any misadventures when it comes to defending its sovereignty and territorial integrity.

It was PM”s first statement after the bloodbath at the LAC two days back. He was addressing the Chief Ministers and UTs over the handling of the pandemic. He began by urging everyone to observe a 2-minute silence in honour of the 20 martyrs and concluded by chanting ”Om Shanti”.

Though PM clarified that India prefers peace, he asserted that India will do whatever it takes to defend itself.

Articulating India”s clear stand, the Prime Minister, in virtual presence of a host of Chief Ministers, said: “I would like to assure the nation that the sacrifice of our jawans will not go in vain. For us, the unity and sovereignty of the country are important. India wants peace but when instigated, India is capable of giving a befitting reply.”

He said sacrifice and valour are in India”s character.

Earlier, the Prime Minister called an all-party meeting on June 19 to build a political consensus over the issue.

At least 20 Indian Army men, including an officer, were killed on Monday night during a violent face-off with China”s People”s Liberation Army troops at Galwan Valley in eastern Ladakh region.

These are the first casualties faced by the Indian Army in a clash with the PLA since 1975 when an Indian patrol was ambushed by Chinese troops in Arunachal Pradesh.

External Affairs Minister S. Jaishankar in a phone conversation with his Chinese counterpart on Wednesday asked China to “reassess its actions and take corrective steps” in view of the “unprecedented” violence along the Line of Actual Control (LAC) in eastern Ladakh.

Jaishankar and China”s state councillor and Foreign Minister Wang Yi, in a phone conversation on Wednesday afternoon, discussed the situation along the LAC in Galwan valley where 20 Indian soldiers and an unknown number of Chinese troops were killed in a violent clash on Monday.

The Global Times, mouthpiece of the government in Beijing, however said that the State Councillor of China in his phone call with Jaishankar, asked India to investigate the incident and punish those responsible, and restrain its military forces in the region to prevent any provocative actions.

As per a statement issued by the ministry of external affairs in New Delhi, Jaishankar in his conversation with his counterpart, accused China of taking “pre-meditated and planned action that was directly responsible for the resulting violence and casualties.” It reflected an intent to change the facts on ground in violation of all our agreements to not change the status quo, he said.

Underlining that this “unprecedented development will have a serious impact on the bilateral relationship,” he told Wang that the “need of the hour was for the Chinese side to reassess its actions and take corrective steps.”

Jaishankar conveyed the protest of the government, recalling that at the meeting of senior military commanders on June 6, an agreement had been reached on de-escalation and disengagement along the Line of Actual Control (LAC).

“Ground commanders were meeting regularly to implement this consensus throughout the last week. While there was some progress, the Chinese side sought to erect a structure in Galwan valley on our side of the LAC,” the minister said adding that this became a source of dispute.

The two sides should scrupulously and sincerely implement the understanding that was reached by the senior commanders on June 6, Jaishankar told Wang adding that troops of both the countries should also abide by the bilateral agreements and protocols. “They should strictly respect and observe the line of actual control and should not take any unilateral action to alter it,” Jaishankar told his counterpart.

The phone call concluded with both agreeing that neither side would take any action to escalate the situation. Both agreed that both sides will “ensure peace and tranquillity as per bilateral agreements and protocols and implement the disengagement understanding of June 6 sincerely.”

Union Home Minister Amit Shah on Wednesday expressed grief over the killing of 20 Indian soldiers in the India-China stand-off in Ladakh”s Galwan Valley, saying “their bravery reflects India”s commitment towards her land”.

“The pain of losing our brave soldiers while protecting our motherland at Ladakh”s Galwan cannot be put in words. Nation salutes our immortal heroes who sacrificed their lives to keep Indian territory safe and secure. Their bravery reflects India”s commitment towards her land,” Amit Shah tweeted.

“I bow to the families, who have blessed Indian Army with such great heroes. India will always remain indebted for their supreme sacrifice. Entire nation and the Modi government stand firmly with their families in this hour of grief. Praying for the speedy recovery of those injured,” Shah further said.

Around 120 Indian soldiers, almost an entire company, was trapped and encircled by the Chinese People”s Liberation Army (PLA) and followed by savage and deceptive attacks, many to a point of mutilation, on Monday night at the patrolling point number 14 on the Line of Actual Control (LAC) in eastern Ladakh.

The Indian Army on Tuesday said 20 of its men, including officers, were killed in an unprecedented violent clash with PLA troopers in the Galwan Valley on Monday night. The force also said the death toll would increase, as many soldiers were grievously injured.

In a statement, the Indian Army stated that 17 Indian troops who were critically injured in the line of duty at the stand-off location and exposed to sub-zero temperatures in the high altitude terrain have succumbed to their injuries, taking the total that were killed in action to 20.