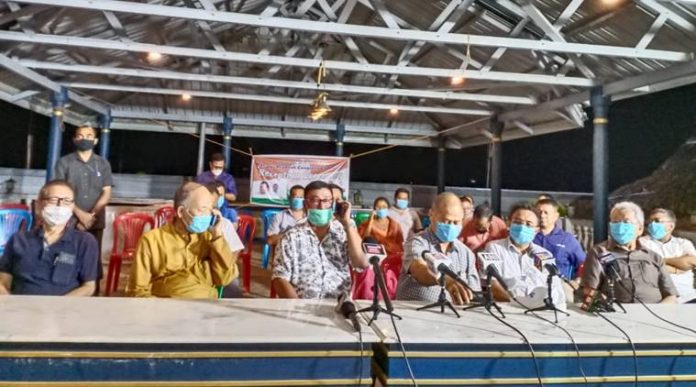 The N Biren Singh-led BJP government in Manipur was left on a sticky wicket after three sitting BJP MLAs resigned from the party and joined the Congress and six other MLAs withdrew support. With this, the strength of the NDA government has been reduced to 30 MLAs.

Besides, three MLAs and a minister of National People’s Party, a coalition partner of the BJP government, withdrew support. The lone Trinamool MLA, an independent MLA from Jiribam also withdrew their support to the BJP-led government.

The National People’s Party, which had four MLAs, including three ministers withdrew their support to the BJP-led government as well.

The 60-member Manipur Assembly has a strength of 59 MLAs currently, after Shyamkumar Singh of Andro assembly constituency, who had defected to the BJP from Congress, was disqualified.

With three BJP MLAs joining Congress, the Grand Old Party now has 24 members in the Assembly even though former CM Okram Ibobi Singh claimed the effective strength of the party was now 27.

Manipur’s assembly elections in 2017 had yielded a hung verdict, with the Congress emerging as the single largest party with 28 MLAs in the house of 60. The BJP had 21 MLAs.

The Governor, Najma Heptulla, had interestingly invited BJP to stake claim to form the next government. The BJP managed to form the government enlisting the support of all non-Congress MLAs — BJP (21), Naga Peoples Front (4), National People’s Party (4), TMC (1), LJP (1), 1 Independent. Later, Congress’ Shyamkumar Singh defected to BJP and seven more Congress MLAs joined the saffron party, taking the strength of the NDA to 40 members in the House.