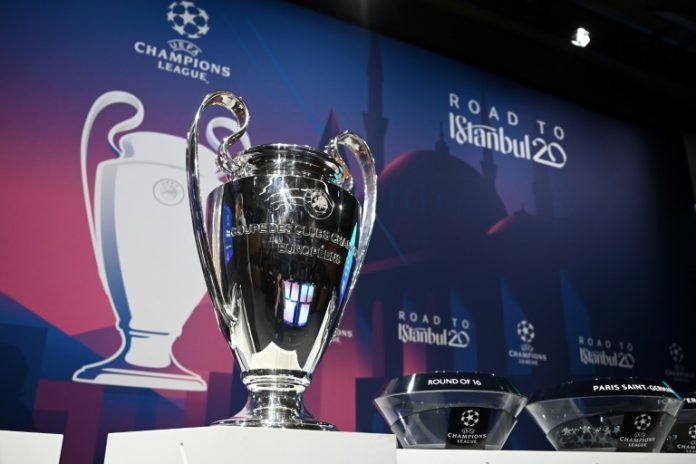 As football around Europe returns after a long suspension, UEFA is set to announce the format for the latter stages of the Champions League at a key meeting on Wednesday which will also raise the thorny issue of the postponed, pan-continental Euro 2020.

The Champions League was frozen in mid-March before the last-16 stage had been completed, as the sport ground to a halt when the coronavirus pandemic began to take hold.

Initially, European football’s governing body had hoped to finish its flagship competition — along with the Europa League and women’s Champions League — by the end of June.

It soon became clear that such an outcome was overly optimistic, and during the peak of the pandemic in Europe any prospect of finishing the season at all looked slim.

Nevertheless, UEFA has for some time been working on a way of completing its season in August, which looks feasible as leagues restart and the European death toll from Covid-19 slows.

With that in mind, the Executive Committee meeting, to be held by videoconference, is set to approve the idea of a “Final Eight” in Lisbon, as widely reported by media across Europe in recent days.

That would mean finding a way to play out the four remaining last 16, second legs before bringing together all the quarter-finalists in Portugal’s capital for a series of one-off games to crown the European champions. According to reports, the final would be on August 23.

In the current context, grouping all teams together in one place and reducing travel is the wisest solution, although it remains to be seen how many fans, if any, could attend.

Football in most countries is being played behind closed doors, yet UEFA’s meeting comes in the same week many EU member states — Portugal among them — opened up once again to foreign visitors.

The final was scheduled to be played in Istanbul on May 30 and only last week Turkey’s Sports Minister, Mehmet Kasapoglu, expressed confidence that the city would not lose out.

“I have no doubt it will take place in the best way in Turkey. We’re confident that we will receive good news on June 17,” he said.

However, last month the New York Times reported that Istanbul could instead be awarded a future final, when it is safe for fans to travel in large numbers.

Gdansk in Poland was slated to host the Europa League final but that competition also looks set to finish in a watered down “Final Eight” format.

German newspaper Bild reported last week that the closing stages would be switched to the region around the western city of Cologne.

A similar format could be brought in for the women’s Champions League, the final of which was due to be played in Vienna.

UEFA’s announcements will have a knock-on effect on when next season can start around Europe. Everything could be derailed by a second wave of coronavirus infections.

Euro 2020 was meant to be in full swing by now, but postponing the tournament by 12 months was one of the first big decisions taken as the crisis intensified.

Staging the European Championship in 12 different countries, from as far apart as Baku and Saint Petersburg to Dublin and Bilbao, already looked questionable before the virus struck.

Now UEFA must potentially make some big decisions about its format, and president Aleksander Ceferin recently hinted that the number of host cities could be reduced.

In an interview with beIN Sports, he admitted to having “some issues” with three unnamed cities. “In principle, we will do it in 12 cities. But if not, we are ready to do it in 10, nine or eight,” he said.

That could leave some hosts — just like Istanbul — less than happy, making this week’s meeting a potentially delicate diplomatic operation for UEFA to go along with all the logistical challenges.