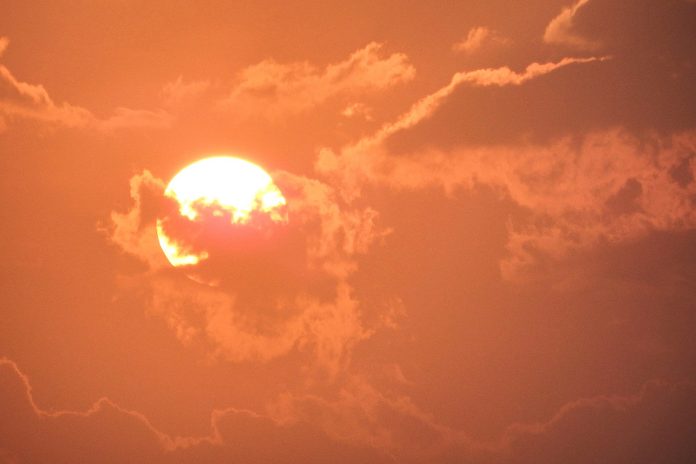 Sunrise, in one’s life, represents the dawn of new inception – whether it is the clock hitting midnight to mark one’s birthday or the day of a special occasion like a ceremony or a wedding. Sunrise brings hope. As a common Indian proverb goes, “Every night is followed by sunrise,” which means that every stage of mystery and trouble is followed by a sunrise, which is bound to bring a resolution and a time to rejoice.

Sunrise and the Sun Gods have played essential roles for centuries through the histories of different cultures. The Greeks, Chinese, Indians, Egyptians, and many more civilisations have given the Sun a lot of attention and worship. Let’s look at the impact the sun has had on humanity for centuries depicting its importance to all.

The Chinese concluded that there were ten suns, and one used to appear as the other one used to leave to bathe. There are many variants of this story, but this is how the most basic version goes. It is from the chapter called “The Systems of the Heavens” by Huai-nan Tzu, with a little extension by other scholars of that time. The ten suns used to soak in the T’iang Valley, where the Leaning Mulberry (the tree) stood tall. The nine suns stayed on its lower branches while the tenth sun remained on its top branch. Another variant goes that amid a vast wasteland, there was a hill called Neih-Yao Chun-ti, next to which was the Yang Valley. The Leaning Mulberry, which was an old tall tree dating back to three hundred leagues with a mustard plant, leaves next to the Yang Valley. On this tree, one sun arrived, borne by a crow (sometimes three-legged) as the other sun disappeared. The entire process of sunrise to sunset from Yang (sunny) Valley or Yu Yuans’ riverbank to Meng Valley covers Nine Provinces and Seven halts, representing times during the day.

In Greek mythology, Helios represented the sun. The Greek poet Homer usually called him only the Titan or Hyperion. He recorded that Helios was the son of the Titans Hyperion and Theia and portrayed him as the brother of Selene, the muse of the moon and Eos, the Goddess of dawn. It is also assumed to be the inception of the common Greek words for the sun, moon, and morning. Helios was considered a handsome God who had a crown of a luminous aureole of the sun. He drove the chariot of the sun every day across the sky to the earth after circling Oceanus, and then after passing the world ocean, he returned East at night. It was believed that the chariot of the sun was drawn by solar chargers or fire gallant steeds which were later named Phlegon, Aeos, Pyrios, and Aethon.

The God of sun in early Egypt was called Ra (pronounced Rah or sometimes even as Re). He became a significant deity by the fifth dynasty. He was principally recognised as the midday sun God as other deities depicted other positions of the sun. Ra evolved over time and soon came to be known as the God of all the times of the day. The cult of Ra was based on Heliopolis, which suggests the City of the Sun. Ra was also succeeded by a fusion of his existence with another God, Horus, and was called Re-Horakhty. He was assumed to command the earth, sky, and the underworld. He is affiliated with the Falcon, which was the representative of the sun deities and is described by the sun wheel as his symbol.