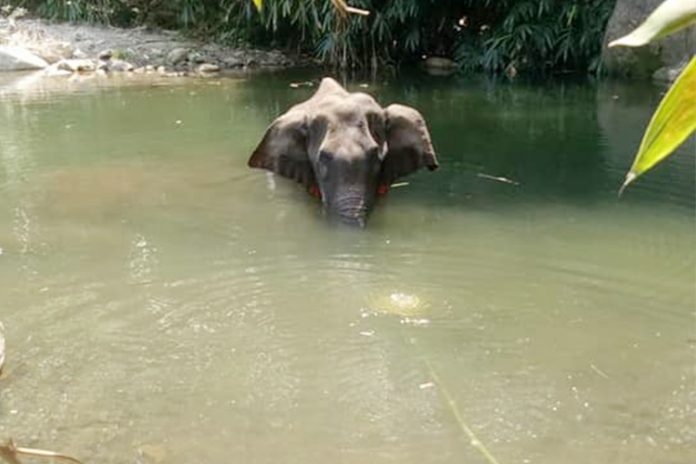 In Kerala, a pregnant elephant had died on May 27 after she ate the pineapple stuffed with crackers, and forest officials said that it died standing in river Velliyar after it suffered an injury in its lower jaw. Humans had mixed crackers in pineapple to kill her.

Where is our humanity? Why do so many people not want to wake up to the truth? What propels us to destroy ourselves? How can we solve the problem before it is overdue?

You and I, as human beings, have the duty to protect Earth and all its residents. All animals deserve independence, honor, pride, love, compassion, care, and longevity. Believe it or not, the way you eat has a great effect on your health, the environment, and the animals that live on this planet.

The tsunami of diseases which overflows is mostly caused by our lifestyle. And the interesting thing is that the principal driving force that creates diseases is the human dependence on animal nutrition. Yet, behind every animal’s eyes is a story you could not end yourself. Am I right?

In earlier eras, meat was deemed a luxury, and average citizens never got it. Then, as time passed, people carried it in a meal once a week, often on Sundays. But today, most people can bear it which in a way does not help. Despite all the warnings, they are eating more and more meat. And in today’s life, it is a normal part of most people’s diets because it became a legend. Yet, it links to heart diseases. And I won’t talk about dairy products. The unnecessary consumption of animal-based proteins or processed food damages your body and decreases your blood supply.

As a fact, years of scientific studies and conclusive data prove it. On the other hand, plant-based diets cannot only stop the progression of heart disease or cancer but can also reverse its effects. No matter your age, you can use plant foods as a cure or medicine to avoid many difficulties later on in life.

Behind Every Animal’s Eyes

Clearly, behind every animal’s eyes, there is a heart. Yet, when a person murders an animal, it is often called a sport. But when an animal needs to kill a person, it is called cruelty. Yet, when it really comes down to it, humans are the most destructive species. So, aren’t we contradicting ourselves?

If you want to live a long and healthy life and offer something to this world, then you have to act. You only pass through this world but once. And if you can do any good thing or show any kindness to any living creature, do it. Do not postpone it because you will not pass that way again.

So, look deep into any animal’s eyes, and then for a moment, trade places. Swiftly, you see their life becomes as precious as yours and you become as vulnerable as them. Now, understand that all animals deserve your respect and your protection, for in a way, they are you, and you are them.

The Life in an Animal’s Eyes

If you are an animal lover, you apparently already know that many animals are remarkably intelligent and have emotions. Like humans, many living creatures develop strong bonds with their young, love them, and have friends. And they even have special calls for the ones they care about, the same way you give your friends and family nicknames.

Yet, most humans only consider animals as food, trophy or objects. Too often, countless people treat them like products rather than individuals. So, most of them never get to experience these remarkable bonds. Rather, a lot of human beings expose to a life filled with fear, stress, pain, sadness, and death.

An animal’s eyes have the power to address an amazing language when you take the time to look into them. Recognize also that empathy for other innocent living beings is the true judge of character. Animals have as much right as us to be here on this planet since they were created along with us.

And whoever said that they were ours to do whatever we please with? You may be a meat-eater; yet, I am not sentencing you but only trying to show you facts. So, do not mock vegan people as they are just people who have the insane idea that no animal should suffer.

However, humanity can no longer stand by and watch our wonderful animals be used and abused in so many ways. Look in an animal’s eyes and make a stand, big or small, personal or public. Do it before it is too late. Remember, it takes nothing away to be sympathetic to these kind souls.