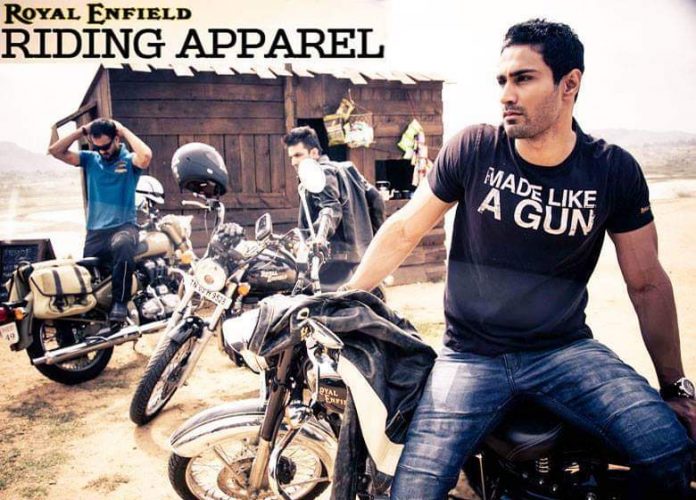 Fashion is something that comes with the trend and is being worn by the majority of men and women in that particular time frame. When any fashion trends, it generally lasts for a very long period of time at least for a decade or perhaps more. Whereas style is something that rules hearts forever but it doesn’t have a time frame and more about personal. Anyone’s style can be more about the self-revealing comfort zone than fashion, but by cultivating your own unique style can make you charismatic and confident in your own eyes.

Model, occasional actor, fashion influencer, fitness freak and social media star, KO has done many things, but Karan Oberoi’s claim to fame is mostly due to his looks and style. Meet the man of Style, voted as “Top Fitness Model” by the HT Brunch magazine and “The Youth Icon” at GLW are among many other accolades.

He was born Karan Oberoi, New Delhi (1987) to upper-middle-class parents who were into government jobs. In one of his interviews with United News of India, Karan Oberoi once said “Style is in my blood, Fitness is in my soul”. Known in the industry and beyond for his eclectic yet eye-catching style. Wanted to be cricketer while he was in his teens and had a dream to play for India. Karan Oberoi ‘KO’ was once motivated by cricketer turned politician Navjot Singh Sidhu according to Mynation.com

The modeling career was actually something unexpected for him. While working for a firm who used to make commercial ads almost a decade ago, he got an attractive work opportunity, got featured in few ads and after that he didn’t look back. He has also worked on contract with Elite model management agency and many other modelling agencies. He didn’t aspire to be a model it just happened accidentally. He is an MBA in International Business from leading business schools. He has appeared for many commercials but the popular commercials that he has been known for are of world’s leading motorcycles brand Royal Enfield, fitness brands Reebok and Isuzu car television commercial where he was seen as stopping the bull with his one hand.

How to Get Karan Oberoi’s Look

-Karan “KO” Oberoi keeps his hair short and use wet gel to give a clean and neat look. KO believes it’s important to look clean and fresh to leave an everlasting impression on people hence advises if someone likes to enhance his look it becomes important to style your hair with wet gel or hair wax though he himself prefers to use good quality hair gel.

-Indian model Karan Oberoi is more of a T-shirt lover and thinks the best to fetch out from you, especially if you are really fit to go for fitted jeans and quite fitted colourful t-shirts from brands like Zara or H&M.  At times when he’s little confused what to wear, he goes with classic blue denim jeans and a white shirt which is his all-time favourite.

-He always prefers well-fitted jeans and makes sure it doesn’t go too skinny, but somewhere swears that skinnies are too sexy if they suit you. KO’s favourites are the classics denim from Diesel and Zara — as they just fit amazing.

-His t-shirts are usually in blues, black and whites and while some call it boring, he calls it being ‘classic’. He does experiment with all the colours as a Model, Karan Oberoi believes colours should be part of everyone’s life as they make one look amazing.

-Going classy, Karan Oberoi is really a jacket person and loves leather jackets from Superdry. He gets the maximum number of compliments when he wears Jackets. But not just leather jackets, when it comes to formal wear, he possesses some of the beautifully fitted and tailored suits/formal jackets from H&M and Zara.

-Karan Oberoi does not like accessories much, but when it comes to bags, he loves to carry sporty bags from Superdry. Also, he has a fetish for smartwatches and owns quite a few of them among which Garmin and Diesel are his favourites.

-When it comes to shades, he loves the collection of D&G and Armani exchange. He loves to wear shades and also advises not to go out in the sun without them. KO is also quite passionate about temporary inked tattoos that he keeps changing to update his style appeal.

-He’s quite passionate about his shoes and own 15 pairs of all trending colours. However, his prized possession is a pair of casual shoes in all colours from Onitsuka Tiger that compliments his jeans perfectly.