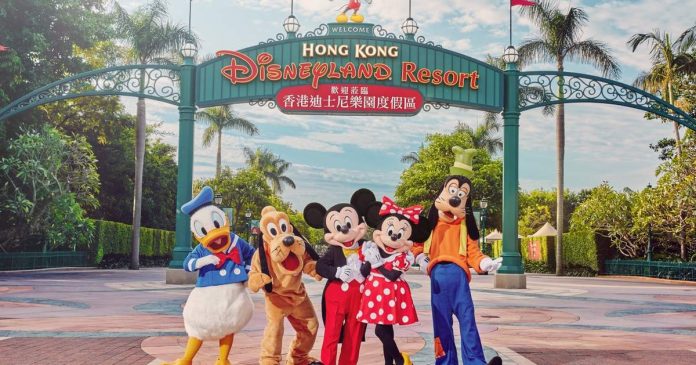 Disneyland and Ocean Park, Hong Kongs two major theme parks, will be reopened imminently as a key step in rebooting an economy reeling from the triple whammy of social unrest, the US-China trade war and the coronavirus pandemic, it was revealed on Monday.

Secretary for Commerce and Economic Development Edward Yau Tang-wah revealed on Monday that Ocean Park will greet guests on Saturday for the first time since closing on January 26 amid the pandemic, reports the South China Morning Post (SCMP) newspaper.

The Disneyland resort on Lantau Island will also resume operations soon, though a specific date has not been released.

“We want to reboot the economy in the second half of this year through new initiatives in tourism, external trade and trade insurance services,” Yau said, adding: “We are confident we will ride out the economic doldrums.”

Ocean Park, which last month received a cash injection of HK$5.4 billion ($697 million) to stay afloat, will drop its entrance fee by 30 per cent for each adult visitor while offering free admission for children aged 11 or below and people aged 65 or above until the end of July.

In addition, the reduced adult ticket fees will be fully rebated in the form of cash vouchers for spending on food and gifts in the park.

“As safety first, the book fair will not run at full capacity and people”s traffic will be restricted,” he said.

Hong Kong”s economy faces fresh challenges now that the US has pledged to remove special trading privileges in response to Beijing”s planned security law for the city, the SCMP newspaper said in the report.

The city”s growth engines – retail, exports and logistics and tourism – were hit hard when months of social unrest first kicked off last June, a situation exacerbated by an ongoing trade war, then greatly intensified by the COVID-19 pandemic.

As of Monday morning, Hong Kong had recorded 1,100 cases of infection, with four related deaths.