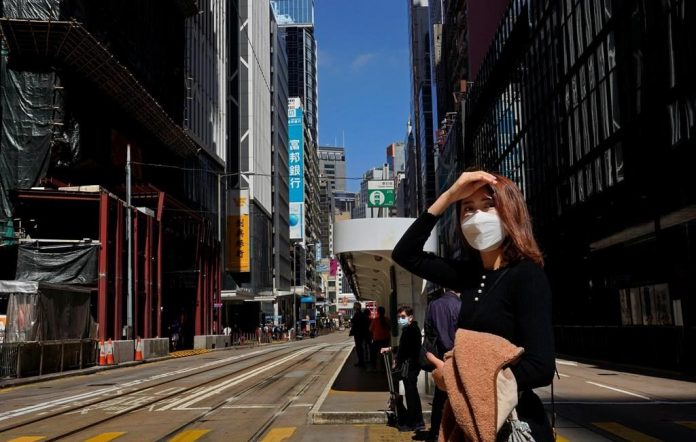 Veteran Hong Kong opposition activists on Tuesday announced plans to defy a police ban on the annual July 1 pro-democracy rally and organise a march to protest against China’s national security law, which is expected to take effect the same day.

For the first time since the 1997 handover, the police on June 27 rejected an application by the Civil Human Rights Front to hold the march protesting the anniversary of Hong Kong’s return to Chinese sovereignty.

The force cited public health risks related to the coronavirus pandemic and violence at earlier rallies organised by the Front.

Sources told the SCMP newspaper on Monday that more than 4,000 riot police officers would be on standby across the city from Tuesday evening in anticipation of potential unrest, while the area around the Convention and Exhibition Centre in Wan Chai, the site of the ceremony marking the handover, had been placed on lockdown.

But Figo Chan, deputy convenor of the Front, said he would press ahead with the march in his capacity as a private citizen, collaborating with Democratic Party leader Wu Chi-wai and independent lawmaker Eddie Chu.

“We hope all Hongkongers can take to the streets to oppose the national security law,” the SCMP quoted Chan as saying.