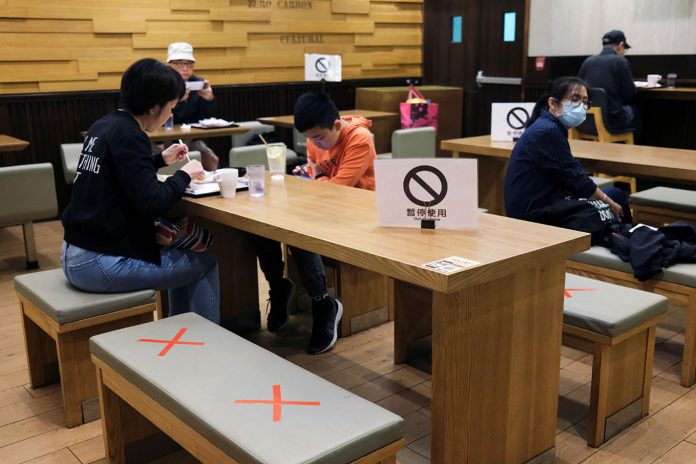 The Hong Kong government is set to extend social-distancing rules restricting gatherings of people to no more than eight for another two weeks, after the emergence of a new cluster of COVID-19 cases, a source said on Tuesday.

The decision to extend the ban on large gatherings is believed to have been made at the Executive Council meeting on Tuesday morning, reports the South China Morning Post newspaper.

The move came hours after four more cases of COVID-19 were reported in the city, raising fears of a “super spreader” at the housing estate where all the new patients live.

All four are neighbours with a couple who were revealed to have the disease on Sunday.

They all live in Luk Chuen House in the Lek Yuen Estate in Sha Tin.

Tracking by the Department of Health uncovered the latest infections, but after inspecting the building, health officials said there was no need to evacuate the other residents.

Monday”s confirmed cases took the total number of COVID-19 infections in the city to 1,087, with four related deaths.

The previous local transmission involved a family from Tsuen Wan, with that first case reported on May 13.

The ban on social gatherings of more than eight people had been expected to end on Thursday, and the 14-day mandatory quarantine imposed on most arrivals into the city is due to expire later this month.