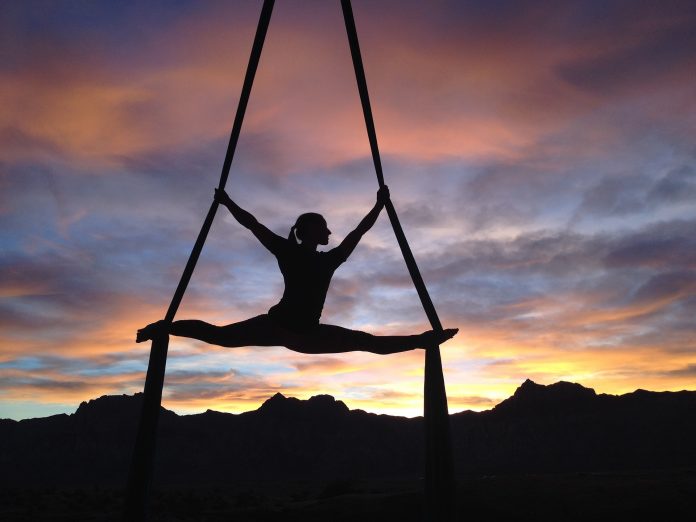 Gymnastics is a smooth and aesthetic sport that requires a blend of power, stability, coordination and muscle agility usually performed on specific equipment. Gymnasts execute a series of actions requiring adaptability, strength, and Kinesthetic awareness such as cartwheels, handsprings, handstands, aerials and split leaps.

Gymnastics, as we know, dates back to classical Greece. The early Greeks performed gymnastics to prepare for war. Movements like jumping, running, discus throwing, grappling, and prizefighting helped strengthen the muscles needed for hand-to-hand combat. Extra fitness practices used by the ancient Greeks involved mounting and dismounting a horse and a variety of circus performance skills.

Gymnastics became a fundamental component of ancient Greek education and was compulsory for all students. Gymnasia, buildings with outdoor courts where the training took place, emerged into schools where gymnastics, rhetoric, music, and mathematics were taught. The ancient Olympic Games were born around this time.

As the Roman Empire rose, Greek gymnastics became an integral part of military training. In 393 AD the Emperor Theodosius prohibited the Olympic Games altogether. The games had become corrupt, and gymnastics along with other sports, degenerated. For centuries, gymnastics was overlooked.

In the late eighteenth and early nineteenth centuries, two scout physical educators, Johann Friedrich GutsMuth and Friedrich Ludwig Jahn designed exercises for boys and young men on the various apparatus they had developed. This discovery eventually led to today’s modern gymnastics. As a result, Friedrich Jahn came to be known as the “Father of gymnastics.” Jahn introduced the horizontal bar, parallel bars, side horse with pommels, balance beam, ladder, and vaulting horse.

During the early nineteenth century, teachers in the United States followed suit and adopted German and Swedish gymnastics training programs. By the early twentieth century, the armed services began publishing drill manuals that featured gymnastic exercises. According to the US Army Manual of Physical Drill, these essential drills provided proper instruction for the bodies of active young men.

As time went by, however, military activity moved away from hand-to-hand combat and toward fighter planes and contemporary computer-controlled weapons. As a result of the development of modern warfare, gymnastics training began to lose intensity in the army. Gymnastics once again took on the aura of being a competitive sport. By the end of the nineteenth century, men’s gymnastics were widespread enough to be included in the first modern Olympic Games in 1896.

The sport was a little different from what we know as gymnastics today. Up until the early 1950s, both national and international competitions involved a dynamic variety of exercises. The modern gymnast may find synchronised team floor calisthenics, rope climbing, high jumping, running, and horizontal ladder among other events, to be slightly odd.

Women first started to participate in gymnastics events in the 1920s, and the first women’s Olympic competition was held in the 1928 Games in Amsterdam, although the only activity was synchronized calisthenics. Combined exercises for women were first held in 1928, and the 1952 Olympics featured the first full regime of events for women.

By 1954, the Olympic Games apparatus and events for both men and women had been standardised in modern format, and scoring standards including a point system from 1 to 10 were executed.

Modern Men’s gymnastics events are scored on an individual and team basis. They currently include the floor exercise, horizontal bar, parallel bars, rings, pommel horse, vaulting, and the all-around, which combines the scores of the other six events.

Until 1972, gymnastics for men featured power and strength, while women performed routines focused on the grace of movement. That year, however, a 17-year-old Soviet gymnast named Olga Korbut captivated a television audience with her innovative and explosive methods.

Nadia Comaneci received the first perfect score, at the 1976 Olympic Games held in Montreal, Canada. The famous Romanian, Bela Karolyi coached her. Comaneci scored four of her perfect tens on the uneven bars, two on the balance beam, and one in the floor exercise. Nadia will always be remembered as “a fourteen-year-old, ponytailed little girl” who showed the world that perfection could be achieved.

Mary Lou Retton became America’s dream with her two perfect scores and her gold medal in the All-Around competition in front of her home crowd in the 1984 Olympic Games in Los Angeles.

These days gymnastics is a household name, and many children participate in gymnastics as they grow up. Olga Korbut, Nadia Comaneci, and Mary Lou Retton, along with all the gymnasts since, have helped spread women’s gymnastics making it one of the most-watched Olympic events. Both men’s and women’s gymnastics now bring significant international attention, and excellent gymnasts can be found on every continent.