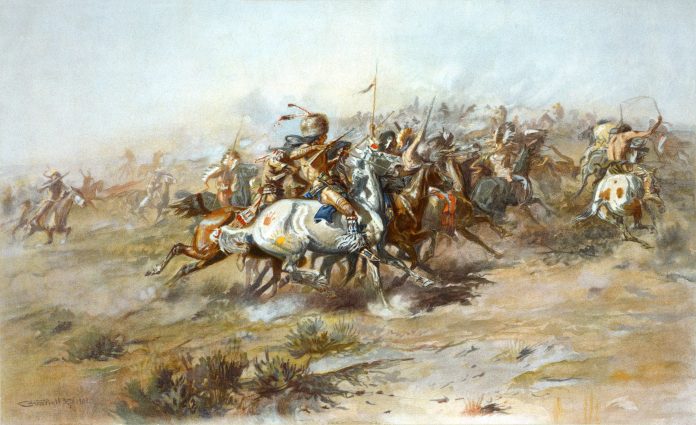 This is part 5 of the historic battles series. Part 4 was a fierce Battle of Salamis. Part 1 featured Battle of Muye. Part 2 was a surprising battle between the Roman Republic and Carthag and part 3 explored Battle of Guandu which was a fight contested between the warlords Cao Cao and Yuan Shao in 200 CE in the late Eastern Han dynasty. Let’s see how the Battle of Salsu panned out.

The Battle of Salsu was a significant battle that happened in the year 612 during the second campaign of the Goguryeo–Sui War between Goguryeo of Korea and Sui of China. Goguryeo won a powerful victory over the extremely superior Sui forces at Salsu River.

In 612, Emperor Yang of Sui attacked Goguryeo with well over one million men. Unable to defeat the stalwart Goguryeo defense at Liaoyang/Yoyang, he dispatched 300,000 troops to Pyongyang, the capital of Goguryeo.

Goguryeo General Eulji Mundeok shielded against the Sui forces for months, causing damage while feigning retreat deep into Goguryeo territory, where an attack at the Salsu River (Cheongcheon River) was equipped and waiting. Eulji Mundeok had cut off the flow of water with a dam in advance, and when the Sui troops entered the river, the water level was shallow. When the inexperienced Sui troops were halfway across the river, Eulji Mundeok opened the dam, causing the onslaught of water to drown thousands of enemy soldiers. The Goguryeo cavalry then attacked the remaining Sui forces, inflicting enormous casualties.

The surviving Sui troops were compelled to retreat at a breakneck pace to the Liaodong Peninsula to avoid being killed or captured. Many retreating soldiers died of disease or starvation as their army had depleted their food supplies. This led to an overall campaign loss of all but 2,700 Sui troops out of 300,000 men. The Battle of Salsu is listed among the most lethal “classical formation” battles in world history.

With victory over Sui China at the Salsu River, Goguryeo ultimately won the Goguryeo–Sui War, while the Sui dynasty, paralyzed by the enormous loss of manpower and resources as a result of its Korean campaigns, started to crumble from within and was finally brought down by internal strife, to be substituted soon thereafter by the Tang.

The fall of Sui saw the rise of the Tang Dynasty.

The Tang dynasty or the Tang Empire was an imperial dynasty of China that ruled from 618 to 907, with an interregnum between 690 and 705. It was preceded by the Sui dynasty and followed by the Five Dynasties and Ten Kingdoms period in Chinese history. Historians usually regard the Tang as a high point in Chinese civilization, and a golden age of cosmopolitan culture. Tang territory, obtained through the military campaigns of its early rulers, rivaled that of the Han dynasty. The Tang capital at Chang’an (present-day Xi’an) was the most crowded city in the world in its day.